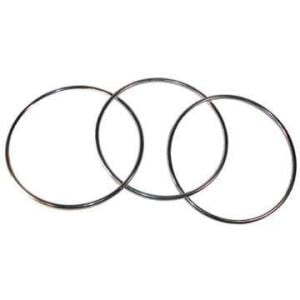 The water cooler is a beautiful place. Everyone gathers around, metaphorically speaking, chit chats about this and that, argues about that and this. At Level343, aka Geeks R Us (no copyright infringement intended), the water cooler is where we hash or rehash the intricacies of SEO, search marketing, copywriting, code, and so on. As you can imagine, every session is noisy.

Now, our philosophy has never been to blindly follow, and rightly so. As every SEO knows, what works for client A and D, may not necessarily work for clients B, K and F. Sometimes, even we (precise, planned, thoughtful people that we are) shrug and say, “Hell if I know. Let’s do it and see what happens.”

Over the past couple of months a lot of chatter has been about link building ““ one of those “rehash” things. Some questions:

And finally, has social completely done away with active link building?

Now, I’m going to start right out, full speed ahead, and say conversation is the new currency ““ i.e. social media and all its intricacies have time and again proven their worth for our clients ““ at least the smaller ones.

It seems, however, the larger companies (with some exceptions), just don’t grasp words like conversation, engagement and community. Consequently, we have to conclude that, yes, Virginia, link building is still a viable SEO method and no, we can’t kick this often time-consuming chore to the curb. Ah, well ““ we move on.

Several methods still work: directory submissions, as a less than stellar example. However, the three I’d like to share today have worked for us over and over again.

With social aggregators, we see movement of the immediate kind.

And voila, almost instant traffic. With social sharing buttons such as Share This, it’s even quicker ““ if you don’t mind not having full control over what goes out. What I like about this method is you get more umph out of every piece of content placed on the main site. As well, it’s similar to creating satellite sites, but the sites themselves are already created.

Would you consider infographics a link building tool? I would.

We, traditional content developers that we are, recently did a test with infographics. We came up with a targeted, currently trending term. After quite a few hours under hot lights mapping, designing and creating, we had us what we thought was a clean infographic.

The time: right during the Farmer Update.
The infographic: Google Algorithm Dance
The returns:

In terms of ranking, we shot up in the ranks for at least 7 Google related terms and several SEO terms, to boot. We garnered over 80 links from authority sites and most of the linking pages have a PR of 3 and above. The post still ranks number one for “google algorithm dance”.

We’re discussing what the next one should be now”¦

This is an entirely different beast. Guest posting is one of those hit and miss things. If you didn’t get your goal amount of traffic, you have to figure out if it was:

The list goes on. There are a lot of potential reasons why a guest post doesn’t perform the way you expected. You then have to figure out why. Sure, you gain a link, but, unless the post is on a site that gets snapped up by content aggregators, that’s all you get ““ one link.

Of course, there’s authority and visibility to consider, but in terms of links only ““ eh… it works, but it’s not my all time favorite.

The three I covered above are some we like to use. Of the who-knows-how-many methods there are we know these work.

My question to you is, what’s your favorite method of building links? Leave out anything you do to build authority and gain links on the side ““ let’s look at link building for the sake of links. Are you a directory diver? A satellite surfer? An article spinning madman? Share your thoughts and ideas in the comments!