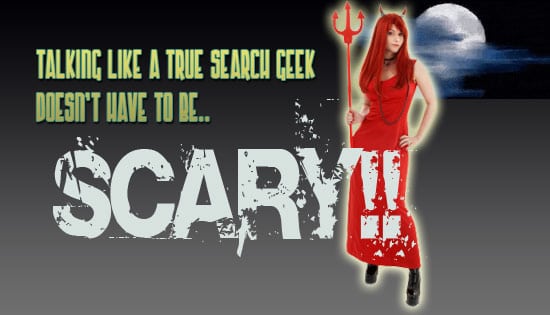 PageRank ““ It’s one word. It refers to the actual PageRank allocated to any given page. Named after Larry Page, it is a part of the Google algorithm and is used to measure the relative importance and value of a website. It matters a great deal in how a site will show up in search engine rankings. Unlike of course, what most people are really referring to is…

Tool Bar PageRank ““ This is the green bar which is visible in a web browser that indicates a number between 0 and 10. This is not necessarily an accurate representation of a site’s real PageRank and has little to do with actual SERP Rankings. (know the difference)

DoFollow ““ This term is used in regards to links which do not have the “nofollow” attribute. However there is no such thing as a “dofollow” attribute therefore a better way to refer to these links is as “direct” links.

LDA (Latent Dirichlet Allocation) Based Services ““ There’s a big hoopla over LDA right now all over the SEO industry. On the plus side, the LDA discussion encourages us to think in terms of natural content and semantic relevance. If LDA is a part of the formula, then we should be inspired to create content in a way that provides a full context for our main focus. It’s important to use language that includes primary keywords as well as related terminology, concepts and themes.

So what’s the problem? Because everyone is looking for the latest trick, thisthe kind of advice will definitely be bastardized. People will put undue emphasis on this on-page factor for rankings. When the reality is this “latest discovery“ is nothing particularly new, nor is spending a lot of money on it likely to significantly boost rankings.

PageRank Sculpting ““ When you say this, people immediately envision a page glowing pink (thanks to plug-ins that reveal Nofollows) with pink links to a bunch of “un-important” internal pages. Nofollows were introduced as a method of giving webmasters a way of saying “I don’t vouch for this link“. But pretty quickly, people came up with ideas of how to use it for alternative purposes. The notion of PageRank sculpting was that by no-following internal pages it can help harness and control the flow of your PageRank giving more power to the pages you want to rank, by blocking it from the pages you don’t care about. The thing is, it just doesn’t work that way. At least, it doesn’t anymore. Adding nofollows to internal pages like, say a privacy policy, doesn’t put a cork in the hole and redirect the water. 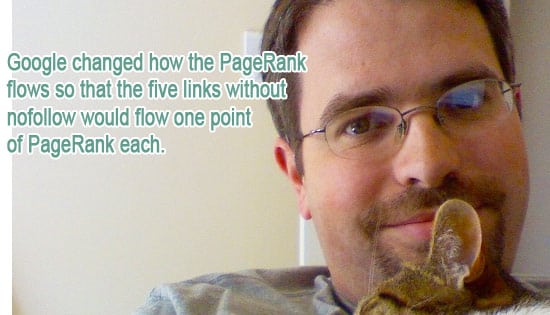