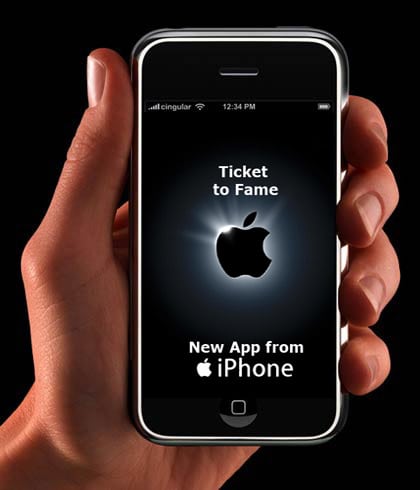 What do the 101 Freeway in L.A. and the B line of the New York subway share in common?

Both take millions of people to and from work, but they are both the platforms that two bands in the past week have chosen as their stage in an effort to find more fans via YouTube.

The first is an example of untalented individuals in a sad attempt to steal the spot light at the expense of others. On October, 13 a three member band out of Orange County, California called Imperial Stars executed a publicity stunt that causes grief for many people. They angered tens of thousands of Californians when they stopped their tour truck on the 101 free way blocking several lanes of traffic in mid-morning traffic. The band then hopped up on top plugged in and performed their song ‘Traffic Jam 101.’ The band members were arrested because they sucked and for several other law violations. The Imperial Stars claimed the publicity stunt to bring awareness about the 1.5 million homeless children .

This was a shameless self-serving act that does not warrant a link, but as of writing this article their video on YouTube has received 81,472 views. The comments on the YouTube is littered with obscenities and profanities including threats. You can see their 15 minutes of fame is quickly ticking away.

The next is a brilliant example of when talent, practice, a great idea and execution all come together. If you have not heard of Atomic Tom yet you will. On October, 15, 2010 the band posted a video on YouTube of their song "Take Me Out". Understandably there are millions of songs posted on YouTube. So why has this one has gone viral? At the time of writing the video has 1,985,540 views..that’s in five days.

The video fades in from black with the message:

"In October of 2010, New York’s ATOMIC TOM had their instruments stolen. (Next frame) Fortunately…..they know how to improvise".

Then it fades into the four man band playing their new instruments, which are iPhones. They used common apps anyone can purchase from the iTunes store. Luke White, the lead singer is on Microphone APP. He is accompanied by Philip on Shred APP, Eric on Pocket Guitar APP and Tobias on Drum Meister APP.

The band is in negotiations with Apple which started after the video began earning thousands of YouTube views over the weekend. The group’s debut album, "The Moment," was featured on the iTunes Store home page and hit No. 11 on the iTunes albums chart.

Luke White admitted that the performance was a calculated publicity stunt. He continues, "We’re a band that is trying to reach out to new fans, of course it was intentional. Of course we rehearsed it. We’re creating our own story and get ourselves out there".

That they have done, and done it well. They took a loyal product base (iPhone), with a trendy brand (apple), mixed in talent and added it with one of the world’s largest marketing platform (YouTube).

So what can we as internet marketers take away from these two examples?

First if you suck don’t block the 101 freeway and related to the sucking thing is the product needs to be able to stand on its own away from the gimmick to ensure longevity.

Second is be current, know your audience and look the part. Atomic Tom looks like they walked off the set of an iPhone or a MAC commercial.

If you can’t jam out on an iPhone and make a viral video yourself….

We all know that using current events and trending topics to great way to increase traffic to your website. I use Google Alerts to notify me of news events on certain topics and get email updates. Which is where I heard about both of these stories. I paid extra attention when a friend a work sent me the clip of the iPhone jam session this morning realizing I had not watched it.

How can we as internet marketers use these news stories for our benefit?

First is be aware, watch for this kind of stuff. Knowing that Atomic Tom is a trending topic and will probably be for a while I realized this would be a great idea for an article. The next step is to make it relevant without regurgitating the same news. A simple solution is to compare two events like in this case.

These stories are searched, linked and passed around. These types of stories will have somewhat of a short shelf life and might not do much for conversions, but depending on your web strategy you can defiantly leverage the traffic increase.

Now… change levels… some vid for you…