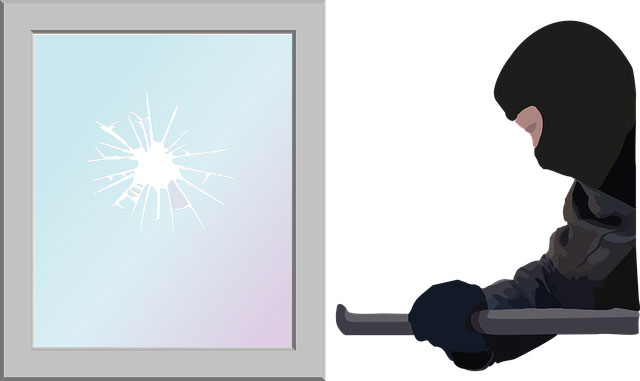 Are Security Breaches On the Rise?

Security breaches seem to be occurring regularly and in increasing quantity, putting personal information at risk of exploits such as identity theft, financial fraud and extortion. They occur for various reasons, some being accidental publication, hacks, inside jobs, lost or stolen computers, lost or stolen media or just poor security measures. A few even take place in which the methodology is never identified”¦ the data just suddenly appears “in the wild”, sometimes with no idea of how many records were even exposed.

For several reasons, the number of breaches and number of compromised records can vary greatly, depending upon the source of the information. All breaches, of course, don’t get reported to the same clearing house and the number of records is often estimated. For this article, the majority of the data I’ve used comes from Breach Level Index

This isn’t a new problem”¦ it’s been around for decades. But is it getting worse or better? The simple answer is both. Let’s take a look at what’s been happening over the last several years.

In total, over this fifteen-year period, there were billions of records exposed

Have Organizations Improved Their Ability to Mitigate the Loss of Data?

There are other considerations, though. Are there more or fewer attempts over time? Has security increased sufficiently to catch breach attempts fast enough to mitigate the number of compromised accounts over that same period? Are we still as effective at locating compromised accounts in the wild? Are people being more cautious about what personal data they put out there? Let’s explore it a little.

In 2005, nearly half the reported breaches were perpetrated against educational institutions. They continued to be the largest segment victimized in 2007, 2008 and 2009 (there were barely edged out by government agencies in 2006).

By 2010, however, the emphasis had shifted to the medical community. Healthcare, medical providers and medical insurance services were the largest victims of breaches every year from 2010 through 2018 (in terms of number of breaches).

These charts show the percentage of breaches by year experienced by these four org. types:

The number of records exposed, however, was a different thing altogether. Although the medical community suffered the greatest number of attacks, they managed to keep their percentage of total records exposed in the single digits, with the exception of 2015, when 37.4% of all exposed records were in the health niche.

Similarly, the EDU niche, while suffering the largest number of attacks in 2005, 2007, 2008 and 2009, didn’t experience exposure of more than 3.5% of the total records exposed in any year from 2005 through 2018. Why were these two niches able to maintain their exposure count so low, in spite of increased attacks?

An argument could be made that learning to comply with HIPAA (the Health Insurance Portability and Accountability Act) had something to do with the medical community’s preparedness to repel or stop attacks. Since President Clinton signed the Act into law in 1990, the government zealously pursued entities who weren’t sufficiently aggressive in protecting patients’ personal information. With a decade and a half to get up to speed on monitoring and protecting patient data, it’s reasonable to assume that many such organizations were amply prepared to spot and stop many attempted intrusions.

Health entities experienced between 40 and 72% of all breaches from 2010 to 2018, while allowing the exposure of only an average of 7.1% of all the records exposed during that same timeframe. That would seem to indicate that the health entities may have been very effective at early detection and clamping down on intrusions before many records could be compromised. But to be fair, that’s just correlation and there could be other reasons.

Personally, I doubt that people are exercising more caution with their personal data. In fact, I’d guess the opposite is true. While there’s a lot of publicity surrounding breaches and risks, I see a general “ho-hum” attitude, as though people don’t believe it could ever happen to them. The primary responsibility for protecting user data seems to fall to organizations, rather than to the individual owners of that data.

That’s not unreasonable, to a degree, but shouldn’t we all shoulder some of that responsibility? After all, we’re the ones at risk. Excluding flagrant irresponsibility on the part of an organization, is it realistic to put solely them on the hook? I say no.

Just as stated by the old saying, “a chain is only as strong as its weakest link”, a database is sometimes only as strong as the weakest password of a single user. Once a hacker (or as is more often the case, a hacker’s bot) has a figurative foot in the door, it may be able to migrate throughout that database with relative ease. That can result in theft of sensitive personal information, embedding of key-loggers, hijacking of a website and more. Sometimes, such hacks will go unnoticed, and the website will be used for sending out spam emails, redirecting users to other sites or infecting visitors with malware.

Such infections can be difficult to clean up; occasionally, the harm done is so severe as to make it preferable to simply abandon the site and the domain name.

Where is this going?

The communities of hackers and security consultants are inextricably linked, as organizations hire hackers to build more secure systems. The efforts of one bright soul on either side of the fence will soon be outdone by a slightly brighter soul on the other side. As long as a person can build a wall, someone else can make a bigger hammer to break through it. The circle continues, until, perhaps, the wall becomes too much trouble to build or breach”¦

That point doesn’t seem to be likely any time soon, though. So perhaps it’s time to develop a new way of managing personal data. Will that be a GDPR-esque system, where the data collected is severely limited? Will users finally refuse to surrender their data online? Is there some other method to minimize the risks of data loss?