Boost itself is essentially an extension of your Google Places functionality and allows advertisers to create online search ads from within their Google Places account. Initially this has only been rolled out within a small number of localised areas in the US, namely Chicago, San Francisco and Houston – however one would be a fool to suggest that this will not be rolled out across the US and probably Canada in the near future.

This would appear though to be a first step into the major monetisation of local results though – with this previously having been the domain of many organic search managers in the past. As with traditional paid inventory, Boost results will be charged on a per click basis with relevancy based on the details you provide Google from within your Boost setup.

The Boost results appear in the ‘sponsored links’ section of the Google results page, above the blended Maps and organic results. Advertisers will be able to provide details such as their name, address, phone number, website as well as provide other details such as reviews, average star rating and a link to their Places listing. Users using Google tags will also have a yellow tag appear within the sponsored ad. 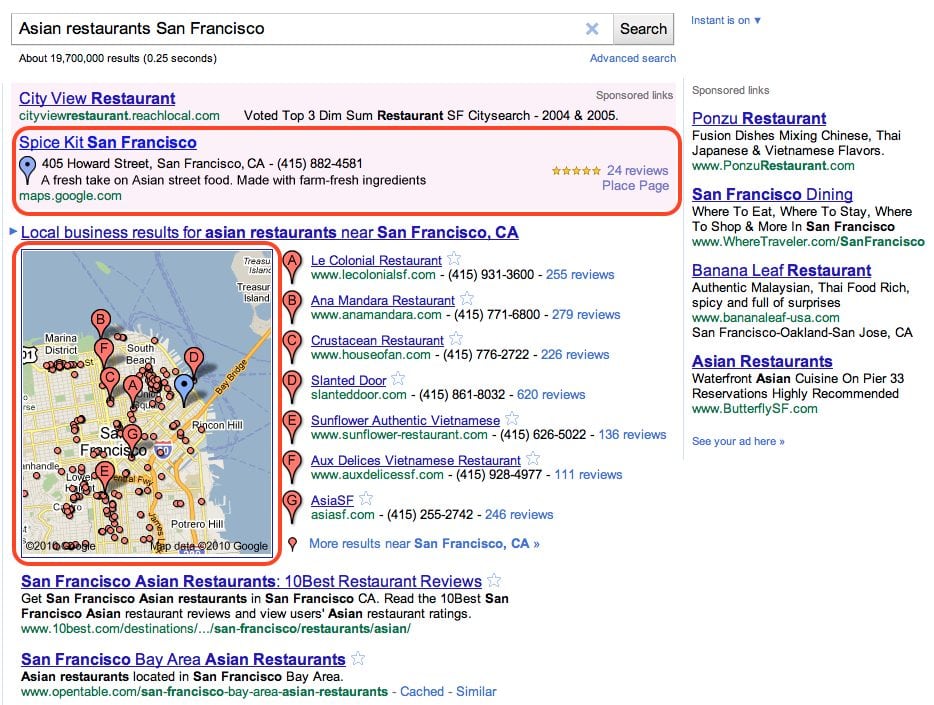 As a sidenote – Google removed the URL option of Google tags the same day – co-incidence?