Hello and welcome to part II in the annual search patent round-up here on SNC. While some might discount what goes on over at MS/Bing, that’s not the point of the exercise. First off, Bing is still a viable engine with a large user base. Second, some markets actually get better conversions from Bing than from Google. And lastly, a search engineer is a search engineer. We’re looking at how challenges in search are handled by IR geeks… no reverse engineering algorithms… m’kay? 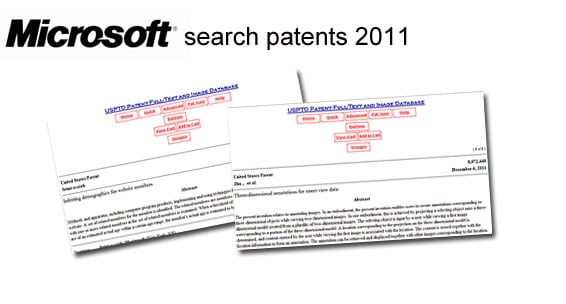 The Year in Search Patents from Microsoft

Over at Microsoft this year we did see some similarities between the awards between Google and MS, (see yesterday’s post on Google Patents 2011).

While not as robust as Google, they certainly had a good number of geo-local patent awards and a large number of social ones as well, as did Google. This certainly makes sense in that this is a huge focus over the last few years. Behavioural was also strong, which is also not surprising given the leaps in understanding user behaviour (and MS’s interest in personalization) over the last few years.

Interestingly, Microsoft had a bit of a lead in the land of named entities. This is one area I have been personally watching over the last 18 months and seems likely to be one of the more important areas moving forward.

Anyway, here’s the list of goodies from MS this year;

These are the somewhat less specific areas which are the nuts and bolts of a search system. While not as targeted as the above categories, they do make some good reading.

Here’s the last two years worth of round-ups;

Also, be sure to see the rest of the series including Google Patents 2011 and Yahoo Patents 2011 (coming out tomorrow).