Hello my fellow geeks and welcome to the last in our series on the year that was in patents in the world of search. In case you missed the previous rambling, we’re not reverse engineering. We’re merely looking to learn how search engineers think. 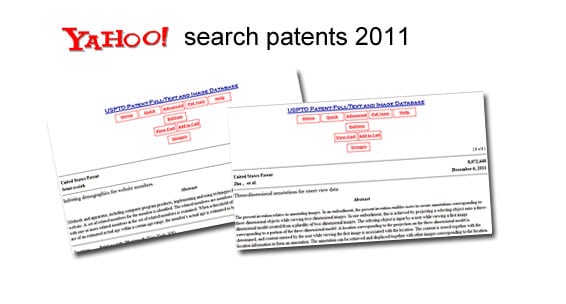 And yes, I hear you saying, “Yahoo?? They’re no longer relevant”. There’s the misstep. We’re not using patents (and papers) to unlock the holy grail, we’re looking to learn how search geeks think at the various engines.

The Year in Search Patents from Yahoo

With Yahoo we saw many of the usual suspects as far as awards dealing with areas such as Social, Behavioural, Named Entities. Somewhat missing, or at least not as active, were Geo-local, Temporal and others.

These are the somewhat less targeted but equally interesting offerings…

Of course, we also have a few years worth of this stuff, so if you want more see;