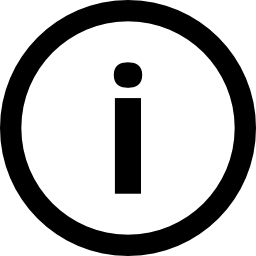 Google announced months ago that Chrome would be showingÂ not secure on pages that contain forms and other information capturing widgets that aren’t served with HTTPS. So as of October 1, we can see exactly what changes have occurred so far.

But they haven’t yet rolled out the intimidating images they showed in their announcement – as seen below.

While Chrome 62 has yet to launch – guess they had a delay – there now is a circled i next to the URL in the address bar for non secure and “˜Secured’ text next to those using the right level of security. But it appears some bigger companies have not bothered to do anything. eBay is a major online presence yet they did not make changes as of yet. Even Ford did not bother and received the dreaded i.

Though it’s not impacting rankings at the moment the results for t-shirt printers has a “not secured” listing at the top of my results.

Interestingly, the major car dealer aggregate sites all have their HTTPS working and get the seal of approval.

Though have to guess one HTTPS site that gets a “not secure” must either be using one of the certificates Google has problems with or still has mixed content on the page.

So at the moment it’s hard to tell what impact the change is having. In my opinion not very many people bother to click that circled i, so its impact may be minor for now.

For most of us whose work involves the Internet, theÂ

Â is nothing new in the browser address bar – it’s been around for quite a while. And even for us, the old adage of “familiarity breeds contempt” holds some validity – when you see it quite often, it can stop registering on your consciousness. The same is true for most users.Â

All the recent discussion about a “deadline” for HTTPS implementation on pages with input fields, though, has raised awareness, and at least for a while, it’s safe to assume that some percentage of our sites’ visitors will notice that evil “i” and some of them may shy away from our sites.

The next step for Google will be to have their browser add “Not Secure” and their eye-catching red triangle icon. It’s a safe bet that will attract more attention… AND scare off more users. So if you’re one who has been stalling, I strongly suggest you take the plunge now. Get it done and behind you. It’s not nearly as difficult as some people say it is. And you’ll breathe a sigh of relief when it’s done

Published in Security and SSL/TLS