A UK colleague recently solicited input via a poll, the results of which I think support that premise. Richard Ingram, of Ingserv, kindly allowed me to use his graphic here to illustrate those findings. Essentially, his poll gathered data from 265 web content professionals, regarding their job responsibilities, and establishing how they had changed over the last ten years, as well as allowing for input as to how the respondents thought future changes might shape up.

The results overlapped somewhat, category-wise, IMO, but as a result gave more definitive information. I won’t go into the demographics here, but I strongly suggest you visit Richard’s site to see the 2 part report”¦ I think you’ll find it interesting. Part One dealt primarily with demographics, while Part Two got into the nuts & bolts of things. Here’s the infographic Richard built from the data he gathered, which represents the functions which the 265 respondents say occupy their efforts. 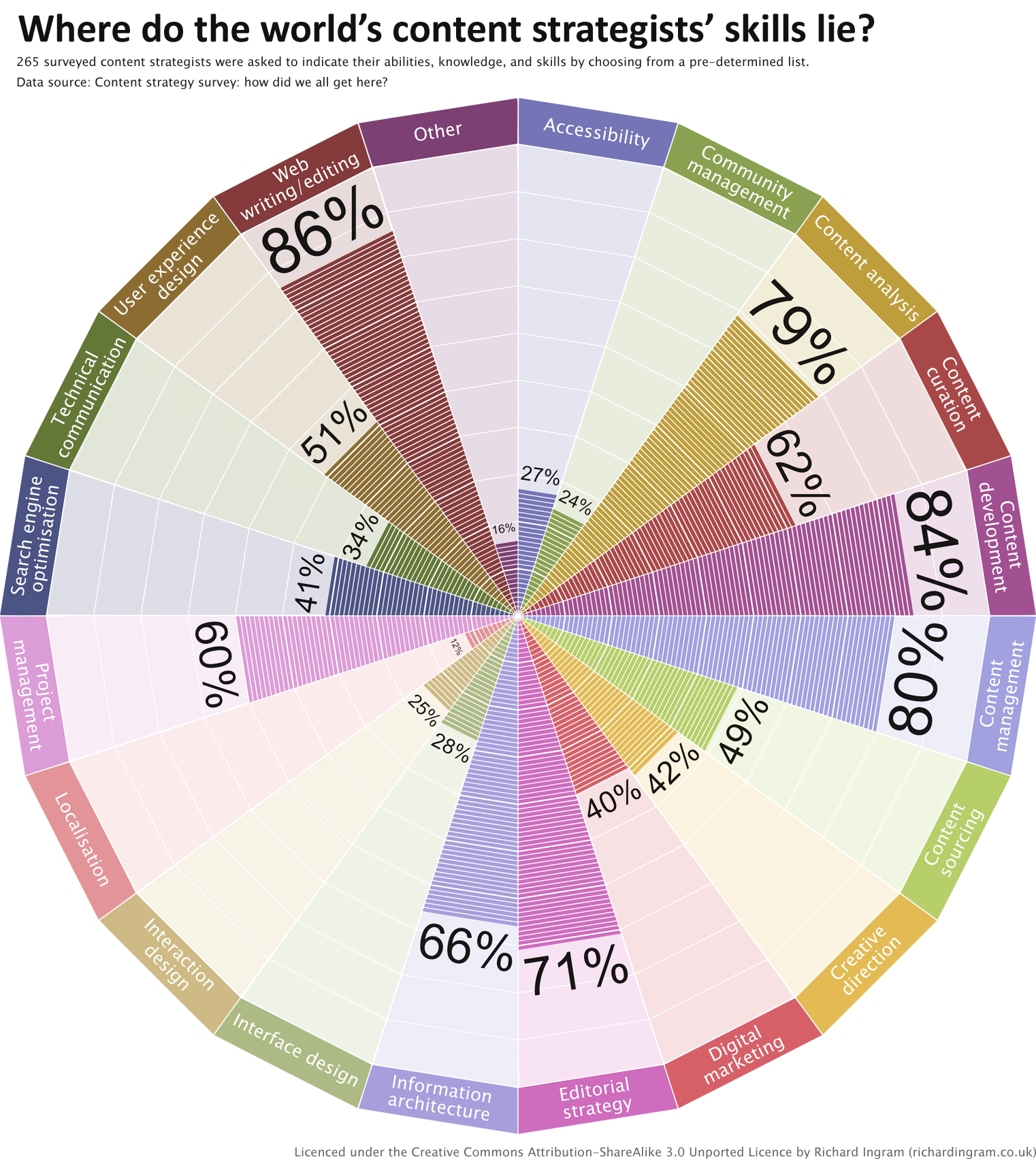 Richard’s results indicate that, at least within his sample, a great many content specialists are no longer involved in simple generation of content. Copywriting is evolving (or has evolved) into content strategy, and is becoming more important as an overall strategy with the ongoing evolution of the search engines and their algorithms. For instance, more than half of those that completed the poll are also participating in;

It wasn’t that long ago that the typical copywriter was spoon-fed a list of keywords and told to generate webcopy accordingly.

Their input ended there, with them often never even knowing what strategy, if any, was being addressed. The SEO copywriter was simply a slightly more informed version of a copywriter, having learned where and how to utilize keywords and anchor text to best advantage.

Again, however, they were usually just another cog in the operation, with little or no knowledge of the overall strategy. The problem with that, of course, is that with different aspects being tailored for a site by different groups or individuals, the result was often a fragmented effort. The copywriter was trying to build engaging webcopy, the developer was (hopefully) focusing on user experience and accessibility, someone was presumably coordinating the marketing and conversion aspects”¦ a much less than ideal situation.

The result: at best, an effort that fell far short of the mark – at worst, an embarrassment and a waste of time and money.

Someone has to direct fire, or all the artillery in the world won’t win the battle. So who to take the lead?

I suspect we could get a lot of differing opinions on that question. But since I have the floor, I’ll throw my opinion out. If you have a different idea, please speak up in the comments. Since most of the functions of such a campaign either require, or would benefit from, some SEO knowledge, some would say that the SEO is a prime candidate. With adequate familiarity with SEO techniques, the content strategist is another prime candidate. In fact, I think I would rule out anyone that doesn’t have a decent grasp of SEO. 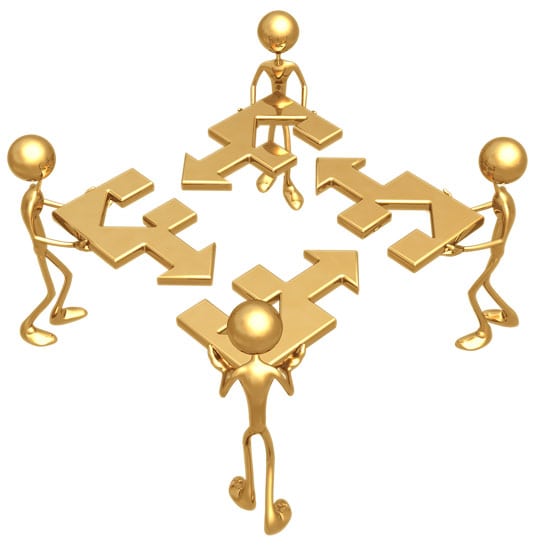 Most often, I think it’s safe to say that all of the capabilities identified in Richard’s infographic aren’t carried out by one person, but rather by a multifaceted group. Hopefully, some cohesive leadership is brought to bear, in order to gel that group into a team, avoiding any infighting or one-upmanship that can render such a campaign ineffective. It’s important to note that the various competencies highlighted on the graphic are considered to be components of a content strategy. You may be tempted to make the argument that neither interface design nor localization are part of the duties of a content strategist, but more aptly fit with the site developer and SEO respectively.

And historically, that may be correct more often than not. But the question should be, whose competency is it most likely to be? Whose should it be?

If achieving an optimal design and functionality, with effective copy, and being easily found in organic search is the goal, then all contributing aspects should be handled by the team members most capable of doing so. And it should be done in a manner that meshes effectively with all other facets of the site. In other words, no single discipline takes priority over the others. They are ALL integral parts of the project, and without any one of them, the benefits are lessened. Contrary to what some may think, content is not the be- all, end- all. It is extremely important, certainly, but there are other aspects of site/page optimization to be employed, which are equally critical. Simply slapping some content on the pages, with a few of the right keywords sprinkled throughout, is short-changing the client. Even if it’s well written, informs or entertains and is relevant, it still isn’t necessarily accomplishing all that it could, if integrated into a comprehensive content strategy.

So unless you’re truly an expert in all of the cited tasks, you need to be prepared to work as part of a team with a common goal, and leave your ego at home. And because at the end of the day, teams share both credit and blame, you’ll need to work with the rest of your content strategy team and become more versed in those areas in which you lack experience. At the same time, you should be helping your teammates learn more about your core competencies. The team benefits, as does the client. Of course, while you’re cooperating with the other team members on the content team, you’ll all need to be cooperating with the other teams, as well. Advertising, link-building and social media outreach efforts, for instance, can all have a great effect on the big picture, as well. 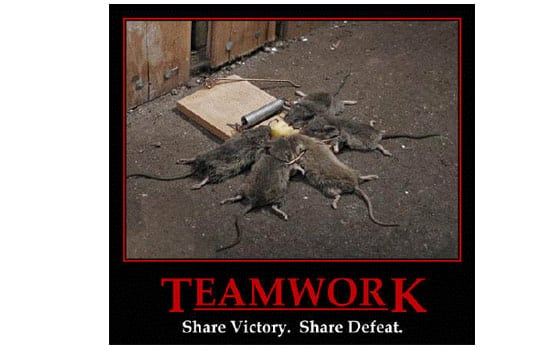 Maybe you have a different idea of how such a comprehensive campaign should be run. And maybe your idea is better than mine. But I would offer this thought: Since we work in a field that is very fluid in nature, with the rules, guidelines and benefits changing constantly, doesn’t it make sense for us to not get our feet stuck in the mud, clinging to the “way we’ve always done it”?