(Welcome to Digital Marketing; Weekly, our new weekly update section. It’s our way of trying to bring a bit more ‘news’ to the site. It may evolve a little, but basically it will feature the top stories from the past week in social media, search, and digital marketing, along with any other noteworthy developments. Enjoy!)

I was struggling to think of what to write for this month as there was so many things that happened just over the past 2 weeks so I thought I would focus on some of the top items that I found of most interest for SEO’s and marketers, or more likely to shake up your world.

Google has made a surprising move in shutting down GAN which was one of the largest affiliate networks in the US but was not as successful internationally based on industry chatter on TheDrum.

It’s likely that Google will expand their direct affiliate programs such as UK Car & Travel insurance products that have a higher margin and require involvement around one hundred key partners and not thousands of affiliates which makes it more scalable and profitable.

The other big concern is that with Google no longer running an affiliate network will it’s next algorithm be focused on punishing affiliates as it no longer has a vested interest?

In a left field move Google has shown support for iPhone & iPod touch users before it’s own Android users as it rolled out a free “Google Places for Business” app on iTunes. I tried to test the app but it’s not yet available in Australia which is a shame to limit such a great app to the US market as it would help a lot of SMEs better manage their Google Places listings.

I think the roll out of the app to iTunes before Google Play was linked to existing user base but also an aggressive move by Google to counter the eventual expansion of Apple Local products. The other interesting aspect is that Google Places is meant to transition into Google+ Local but moves like this show such a move maybe a long way off.

Google has tested a new way to get higher engagement via an updated link unit that now shows a thumbnail of the advertisers landing page. The testing Google did apparently showed visitors were more likely to click the results if they showed thumbnail images meaning more revenue for you the publisher. The update will be automatically rolled out for publishers already using link units in select countries and verticals.

One of the cool new features I have been playing with over the last week has been the new SEO metrics, basically the dashboard is an aggregate of the 30+ metrics you can track but also allows for easy comparison against your competitors. 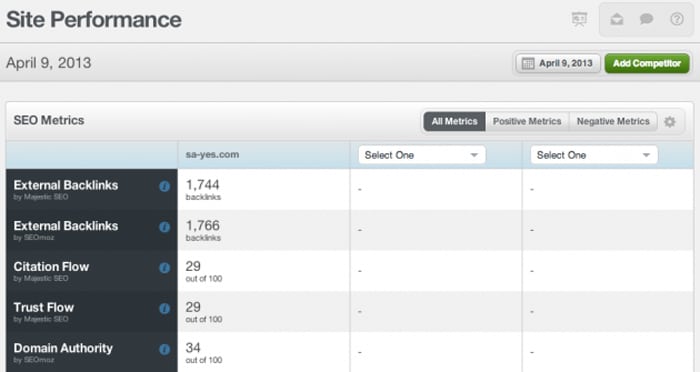 There are also tabs for positive and negative metrics which are currently not showing any data yet but do highlight the idea that you can get a quick snapshot of items that are working or failing from a site performance perspective which is only usually available on over-priced “enterprise” seo software.

If you have around $1 million dollars to drop for one day then Facebook may allow you to be one of 4 advertisers to run their new 15 second video ad units.

These new formats are interesting as Facebook typically prices these new units at a premium but then rapidly drops it as they expand the number of advertisers allowed access to the ad formats as it’s rolled out globally. The only concern is these units may be auto-play and you won’t be able to escape them so expect a user revolt when they are launched.

Most marketers now accept that Twitter can work really well, but unlike other platforms such as Facebook Ads or Google AdWords it was not possible to target users based on keywords within their tweets.

Last week Twitter has announced they are now offering advertisers the ability to target users based on recent tweets and the tweets with which users recently engaged with. The big insight for marketers is that you now have the ability to target intention more accurately and can refine this to offer geo-targeted campaigns to increase conversion rates.

Twitter has also gone a step further and allowed for targeting ads based on Twitter search results similar to Facebook Sponsored results and obviously Google AdWords which will likely be a great idea as I suspect internal Twitter search volume is growing.

MajesticSEO has launched a nice little update that allows you to quickly generate a visual map reference of what countries are hosting the referring domains for a site. 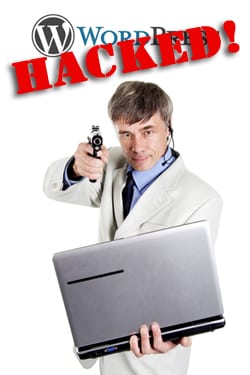 This can be used obviously for SEO tactics to understand if you have a skew of low quality links coming from questionable hosts located in eastern europe or asia which are not your target markets. The other use is to track how your outreach programs are going but could also be correlated to SERPs performance in local markets.

WordPress gets Hacked by BruteForce

In April a large scale botnet attack that was powered by up to 90,000 computers focused on brute force attacks against sites using the default username “admin” and weak passwords. The problem highlighted that many people have failed to update their WP version and failed to take basic security steps such as changing the default username, generating a decent & unique password or installing some basic WordPress security plugins.

Tumblr has launched it’s mobile ad platform for users of iOS and Android apps with up to 4 ads being shown per day but will be clearly identified with a dollar sign icon, but interestingly has launched ahead of desktop ads which shows the importance of a mobile strategy for Tumblr audiences.