Linked to last week’s Google I/O event in San Francisco there’s a lot of new features and updates around marketing with Google products this week.

Google has finally started to aggressively expand it’s product suite into Google+ with the expansion of Google Offers. Brands’ marketing can now benefit from Google+ users ability to see, share and save their promotions from within their Google+ feeds, with a handful of brands. 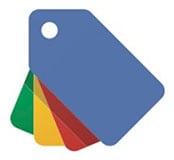 This is really a catchup move to counter the success that Facebook Offers, Twitter for Business and Foursquare for Business have had in their own platforms around promoted deals and offers.

It will be interesting to see how this progresses as Google Checkout is migrating to Google Wallet so these offers might be a bit easier for consumers to redeem offline so it could be a huge opportunity for those working in marketing. The benefit for first movers is that it’s currently got a long way to go with getting more brands on-board as a check today showed Google Offers only had ONE travel offer available, so it’s still not really something that is setting the world on fire…

Google is back focusing on small business owners with their refreshed AdWords express platform, with clean and clear statistics and simpler to understand reports. If you’re working with small businesses and don’t have the time or budget to run their AdWords marketing campaigns, I’d suggest setting them up on AdWords Express and let them manage the budget themselves instead of letting them get ripped off by one of the many sketchy PPC agencies that will over-charge and under-deliver.

My only advice is to check that the call tracking functionality is available for your client first as it’s not always available in all countries as this is the killer feature you want to ensure they can report on.

While Google is trying to support Schema.org with the Organizational markup it’s annoying that they didn’t just allow you to use Google+ Publisher tags instead of having to update your code to support another tag.

It’s possible to use this tag to overwrite what image Google Knowledge Graph is showing which is important if your current Knowledge Graph logo is out of date or not the preferred one. I found that with a bit of hacking WordPress, you can make this code work within most sites but I haven’t yet had the time to test it and confirm it works, so it may be best to get a web developer to help you implement this tag.

Google maps has finally made an update to their Map platform which allows it to tailor a map based on your interaction which is cool but certainly seems to lay the framework for a more integrated local advertising options to reach/stalk customers. The platform also brings in more details such as reviews from yourself and your friends but the cool functionality is the best travel routes are automatically suggested.

The new integrated “info cards” seem to be a perfect platform for sponsored locations along with the image carousel at the bottom of the map window. There is also improved integration with modes of transport with the addition of flights which should be interesting considering how easily Google can integrate it’s Flights platform directly into Google Maps which might scare a travel site or two… 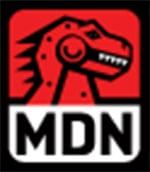 In a massive back flip from Mozilla’s original position which had accepted a cookie-blocking patch that focused on user privacy and developed by Stanford graduate Jonathan Mayer, they have now announced the cookie-ban has been postponed. The move to block third-party cookies by default was controversial for it’s impact on the advertising industry with claims of death and anarchy if it was to be implemented.

The lifeline given to the advertising industry who can sleep easy knowing they can continue to provide all Firefox users with interest-based advertising for at least another several weeks until Mozilla can review the impact of softening it’s stance of user privacy.