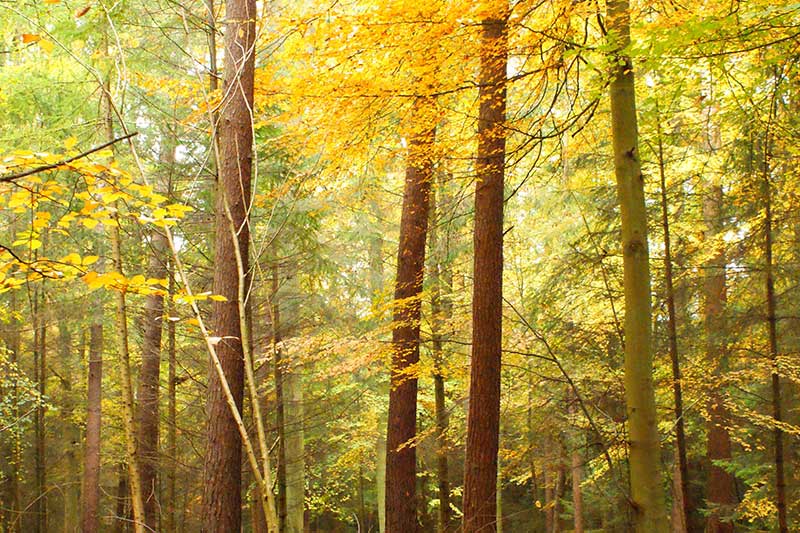 It’s easy to lose sight of context. In every project, returning again and again to its underlying purpose, our humanity and creativity keeps the soul of our work alive. Insisting that the tasks we’re tackling are bracketed by meaning and the overarching intent of what we’ve set out to do is a vital practice. Having a compelling reason, a well-conceived driving force behind something imbues it with a chance of success and motivates us. As web developers and web designers, with all the fragmenting minutiae the job entails, this is especially potent. It is also energizing.

The vitality and creativity we generate around purpose will translate to a convincing final product.

Recognizing And Fostering Creativity Is Essential

Take into account these things humans are so good at: ingenuity, exploration, experimentation, transforming mistakes into opportunity, making something new from the materials at hand – thinking with an open mind and being alert to the unexpected – taking advantage of the unexpected.

Those are features of creativity in its raw form. They’ll be exercised while connecting the internal dots of meaning and anticipating the nature of future usage throughout the process – ensuring they’re easily apparent externally.

Your Creativity And Sense of Purpose Proliferates

Systematically making the efforts that anchor us to purpose accrues a certain momentum. We can develop patterns of thought and questioning during discovery, content development, design and production that are helpful reminders of the destination we’re trying to reach. It becomes natural. Multiplied, project after project, we may even establish a kind of domino effect. Albeit seemingly modest, the actions that have been infused with the careful consideration of noticeable purpose and creativity for the sites we launch onto the web do add up and will influence others over time.

Because, ultimately, having a clear purpose is contagious. It’s something people long for. We sense it in others and are attracted to its field. When it’s ours we can tell that we’re holding something precious in our hands worthy of being cultivated.

This applies to any work but as people engaged in all of the aspects of making and promoting websites, these are especially good things to stay aligned with.

We’re tested on a daily basis.

With the seemingly endless variety of details website development and design require, it would be dizzying to consider all the parts at once. There are just too many to hold in one brain at one time and hard to say out loud in one breath.

A website has its code and countless multitudes of pieces, its functionality, concept, meaning, goals and objectives. Its words, its visual presence, all the objects that create that presence, a site’s relationship to (and reliance upon) the server, its context, connections and relationships across the web.

And most important of all, a website is a living breathing object. It’s capable of evolution, transformation, of dually informing and receiving information.

All are part of a continuing relationship with its originator, the creator of the site, the owner after launch. And the various forms of feedback from users.

It can’t hurt to remind ourselves, impossible as it sounds, that we ought not to forget that a website is a surrogate for ideas initiated by people.

It represents them or defines a group of products designed and made by people or by the machines people made. And then it’s all the others it’s hoping to reach; the customers, clients, researchers, the web population who are in receipt of its message and might incorporate it some way into their routine, or the people who need it, want the stuff it offers or who trip upon it unintentionally. The lucky serendipitous surfers. And those who will be out there searching for it, will find it and then use it. And hopefully, will come back again.

Its success relies on the scrutiny of those human beings.

But What Is The Purpose?

We really shouldn’t take any of the above for granted. Or become flippant and regard as unnecessarily basic, as clichÃ© or old hat, the making of time to become intimate with purpose. It may not be top-of-mind trendy anymore – but it will always have gravitas.

With all our foibles and vulnerabilities, emotion and striving, it’s pretty easy to lose sight of why we’re doing what we’re doing in the first place. Our complicated human minds stray easily, they’re hijacked, pushed off and hurled into ground squirrel tunnels packed with all the small stuff we focus on.

The bits and pieces distract us and cause us to forget how they comprise a complex entirety. And what that is meant for. They’re not parts of nothing. They are parts of something that matters.

It’s not hard to forget our “purpose” when we’re busy trying to figure out what the letter “p” is or how a group of seven letters can possibly make sense when they’re put together in a certain way but then not make sense when they’re put together differently. It’s natural to make puzzles of things. We take stuff apart and then can’t quite recall how they were constructed when they were not yet deconstructed.

That may sound like a mess of meandering details that wrap around into so much fuzzy, tangled yarn that it doesn’t mean much anymore by time it’s rolled into a ball. But actually, it does. It’s a way of saying humans can lose sight of what’s important.

It’s a forest and the trees kind of thing.

It Helps To Be Aware

While many tasks are routine or tedious because of the repetition we encounter project after project, each and every one has its own peculiarities, its own demands. Its own place in the story. And those are the things that it’s critical to remain aware of through all the potentially messy, seemingly chaotic development and design phases. Because even if we get lost in the forest for a while, and we will – if we keep clear on where we’re going and why, we’ll keep track of the purpose we set out with. We need to remember what the point is.

Being Human Is Contagious

Contagiousness is not restricted to disease. Qualities we seek are also inspired by outside influences. Intentions and inspiration are contagious. As is purpose. As are emotions. And creativity. It may be code and technology we’re shaping but its place in the world is with people. Our work needs to reflect that.

We inspire each other. The web is a sprawling conversation that isn’t exactly controllable. But each item we throw into the mix can have not only integrity but can be a vote, evidence that we’re paying attention to the things that matter, have meaning and can help us improve our situation. Together.

The instructions are simple. They do take some discipline, though.

“¢ Check to ensure the purpose of your project has been defined and understood by the entire team as you begin;
“¢ Practice clearly articulating the purpose verbally to make sure you can say it out loud;
“¢ Establish assessment points for each stage of your project to review what you’ve articulated earlier in the process. Make sure you’re still on track;
“¢ When you’re down in the trenches working on disparate pieces, make a habit of reminding yourself of the original goals and objectives of the project. Tap in and let yourself feel inspired;
“¢ Step back to examine the project from a distance;
“¢ Get used to asking, “Why?”;
“¢ Question if things are shaping up in a way that communicates what was intended at the start. If not, ask if this was by group consensus;
“¢ Make sure that the time-frame or deadline isn’t running the show and distracting the team from what’s most important. Balance is better.

Gina Fiedel is the co-founder/co-owner of Fat Eyes Web Development. After a successful career as an artist and a transition into electronic media in the early 90's, she and her husband, Doug Anderson, joined forces in 1998 to form their company. Fat Eyes provides marketing and communication on the web for businesses and non-profits to connect to the world with websites that have vision and authentic, effective communication.