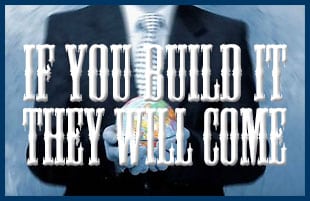 Marketing to a highly specialized niche can be tricky business – after all, not everyone has a healthy appreciation for cat-themed eyewear or needs organizational tools for their sombrero collections.

The thing about Internet marketing, though, is that your niche customers, no matter who they are, are out there somewhere ““ it’s just a matter of finding them.Â  This is when social media can become your greatest asset or biggest energy sink. By choosing the right social media channel for your niche and using it wisely, you can reach your customer base quickly and efficiently.

Social media is the place to be, but how you envision using this flexible medium may influence the outlets you find most useful.Â  Although new social media outlets seem to be popping up daily, when you’re just starting out, you should stick to the bigger networks ““ your company has more competition here, but it’s also easier to find your audience and learn from watching others in your niche.

Below I’ve broken down the major social media players and given you some hints on how each works best.Â  Media is constantly evolving, but these rules of thumb will help you make a better decision before jumping into social media feet first.

Currently the largest social network, boasting about a billion users.Â  With so many users accessing this social media tool from their homes, offices and smart phones, a niche business should have little trouble finding the people who are interested in their products, provided the company adds something to the conversation instead of simply making more noise.

Facebook is about social interaction and visual stimulation; you can’t simply throw your traditional calls to action at this platform ““ you’ll see a much better return if you engage your fans, give them valuable information and avoid the hard sales pitches.Â  If your product lends itself to user-driven photo contests, discussions and word of mouth recommendations, Facebook is definitely for you.

A favorite place for businesses to break into social media ““ after all, one in five Americans aged 18 to 35 are on Twitter.Â  As with Facebook, the huge number of Twitter users makes it easier for your niche business to connect with people interested in your products, especially if you make a habit of using hashtags (#) to create new ways for fans to communicate with one another.

Twitter can be frustrating if not used properly, though.Â  Unlike Facebook posts, Tweets are only productive for a short time and frequent interaction is expected on your end.Â  With a limit of 140 characters, there’s no room for empty words in your Tweets ““ think of it as text messaging to the world.

Another major player in the world of social media, but perhaps the most under-utilized of the networks.Â  For many businesses, the problem is that Pinterest is nothing like Facebook and Twitter ““ Pinterest is visually driven, providing only limited space for you to say something to your followers who, at present, will be predominantly women.Â  If you sell a niche product with a huge visual appeal and your target demographic is educated women with disposable income, Pinterest is an outlet you need to consider.Â  Not only can you create virtual product displays, you should be directing potential customers to useful information elsewhere on the web with your pins.

Not for everybody, but some niche markets that rely on business-to-business sales may find it helpful.Â  This is the network for professionals and job-seekers everywhere, so if your product makes business easier or helps people on job hunts, you may find LinkedIn a useful supplement to the major social media outlets.Â  This is no place for a casual approach, though ““ keep your suit and tie handy.

G+ continues to baffle and confuse many social media marketers.Â  The search engine giant launched G+ after Facebook’s enormous success was already evident, leading many to wonder if it would ever gain traction.Â  The last numbers from Google indicate that the community is only 135 million active users strong, but businesses can still benefit from this social platform’s deep integration with Google.Â  Your blog posts may get ranked higher on the search engine side if you take advantage of Google Authorship and integration of your G+ activity can increase your SEO visibility.

No matter your niche market, social media platforms can help you find your best customers, provided you use them efficiently.Â  Frequent social interaction with your target market is key, so before taking the plunge, take a look at what your closest competitors are doing to get an idea of the time you’ll need to invest for the best return.