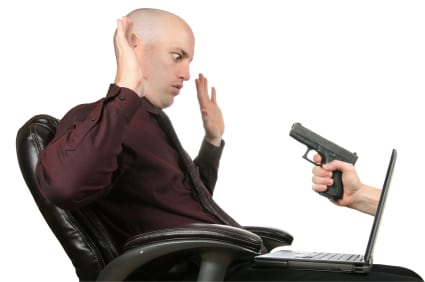 You’re being hijacked. They’re hijacking you. Facebook marketers are beingÂ hijacked and large majority don’t even know it. Â It’s been almost four years since Facebook Ads were introduced by Mark Zuckerberg (Nov. 6, 2007). And in that short time span, Zuckerberg has built himself a small empire of walled-garden ads and revenue. Some quick facts:

4 billion dollars in ad spend from marketers is nothing to sneeze at. In the overall scheme things, it peanuts compared to what Google is raking in from marketers. Andy Beard, a fellow Dojo’er, put Google’s total AdWords revenue at 23 billion in 2010. And, so you might ask why I’m launching head-first at Facebook when Google is the black hole in the ad spend universe? A couple of reasons.

First, like it or not, Google has an algorithmic solution and rule structure that governs bidding, placement, and quality. Whether it is fair or not, whether it’s slanted toward brand-protectionism or not, is another matter entirely. Facebook has nothing in place, save an Ad Auction System and some very vague “quality” measurements based “likes” and “x-outs” of your ad. Here’s what it says in the help section:

For each ad impression, our ad auction system selects the best ads to run based on the ads’ maximum bids and ad performance. All Facebook Ads compete against each other in this process, and the ads that our system determines are most likely to be successful will be shown. If you’d like to make your ad more competitive in the auction, you may want to raise your bid. We will only charge you the bid necessary to win the auction…

Which brings me back to the marketer hijacking taking place on Facebook.

A Case Study of a Hijack: Angostura Bitters

Caveat: I didn’t run this Angostura Bitters campaign. The data you are about to see was given to me by a very trusted source who oversaw this particular Facebook ad campaign. Who, strangely enough, expected that I name names.

Let me start off by saying that it makes sense that Facebook would prefer to reward marketers who choose to run CPC (cost-per-click) ads over CPM (cost-per-thousand-impressions). There’s simply more money to be made as bid prices tend to be higher. I acknowledge that. What I cannot accept or give a pass on is the gross discrepancies between the CTRs (click-through-rates) of each. Any marketer will willingly submit to abysmal CTRs on Facebook; most ads would be miracled to see rates 0.2% click-throughs (seriously). But the gaps between CPC/CPM on Facebook are outrageous.

These particular ads were A/B tested (CPC/CPM) using the exact same ad copy and image, to leave no room for that effecting the results. The only discerning factor is price of bid. 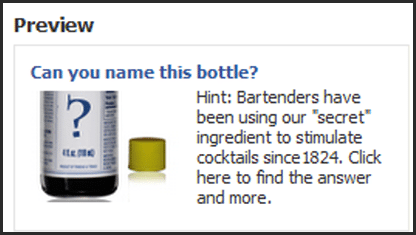 The Overall Results of the Campaign

Yes. It’s that stark. The same ad image, the same copy, the same demographic targeting, and yet the CPC garnered 81% of all the clicks. CPM picked up a measely 19% of the total clicks the campaign received. Another interesting fact: the CPM campaign gained nearly 1 million more impressions than it’s CPC counterpart.

In a sheer probability/numbers game, the ad with more impressions should have gotten more CTRs? More visibility usually equals more clicks, then why such a lopsided CTR? Even if there is favoritism toward CPC on Facebook’s part (clearly there is), the impression volume of the CPM should have made up more than 19% of the total clicks, especially considering the highly-targeted audience of the ad. 50-50 is a lot to ask, so I would have at least expected 65-35 split, all things being equal. 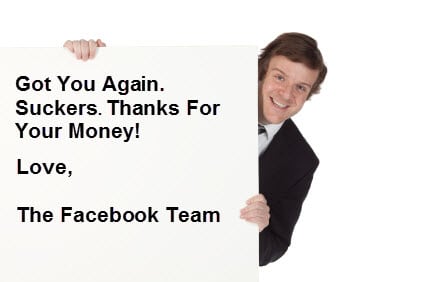 My guess is that Facebook is deliberately submerging these CPM ads in order to boost impressions and avoid clicks, since the bids are lower on CPM (and, consequently making the money on those impressions). Can I say this with absolute certainty? No. But in my mind, it is the only thing that accounts for such a tremendous disparity in click-through-rate 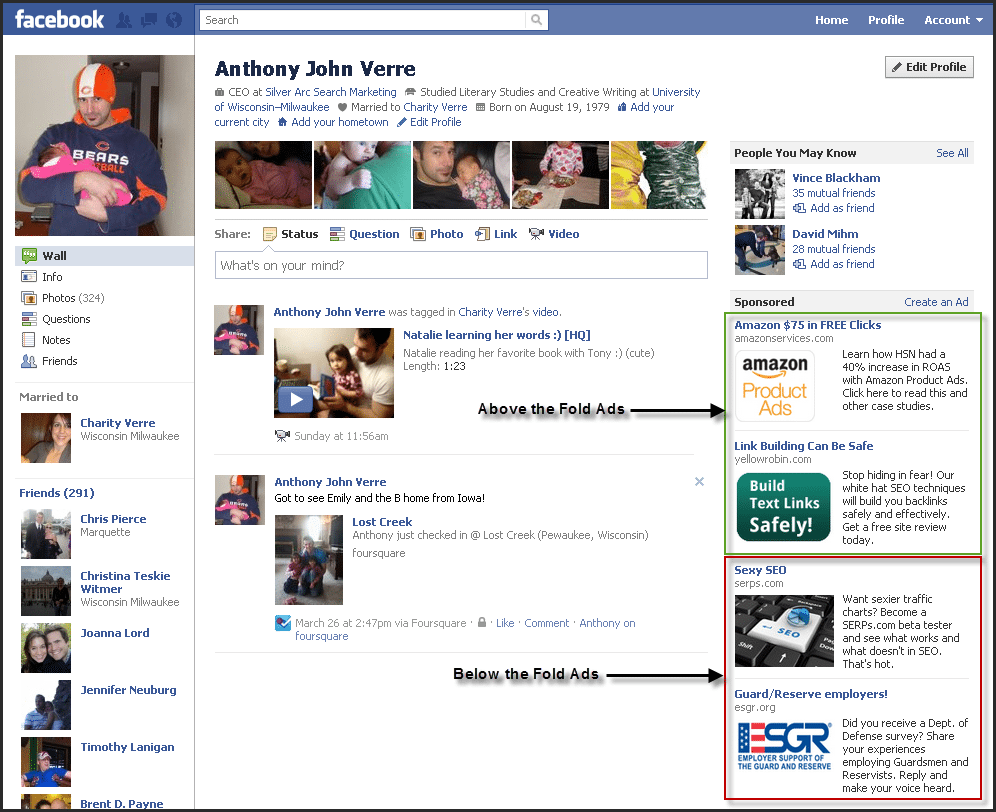 Nowhere is it mentioned in their Help Center, what positioning entails or even how you’ll be positioned. They keep it strictly to the money. Here’s a very telling piece, the Delivery Section. It’s extremely THEM-focused written so it seems like they’re doing YOU a favor.

If I’m an advertiser, below/above fold visibility would be a major concern for me. It’s fat cash grab on Facebook’s part. Plain and simple. Sure, you can pin-point target your audience at fairly cheap clicks, though .85 cents isn’t that cheap, with an atrocious click-through-rate (less than tenth of a percent), but how much is “brand-visibility” worth to you?

That’s where the hijacking comes into play. Facebook, for the most part, has effectively neutered the CPM. It’s more a “feel-good” buy than a visibility/results buy. They’ve made it all about the bid-price and less about the quality and results a company could gain (no matter what that ridiculous “Delivery” puff-piece says). So, for even a small (literally) modicum of success on Facebook, you have to go CPC. They get the clicks, they get the visibility (IMO above-the-fold), and they make FB a lot more cash. CPM is nothing more than a way for Facebook to pad their stat sheets, because they sure as hell don’t anything for your company.

It’s time for Facebook to stand tall for a moment. It’s time they owned up to this behavior and documented it in their ads help section. Own up to their CPC favoritism and suggest that CPM is waste of your time. And, if they won’t do that, then remove the CPM all together or give it a fair shake in visibility and CTR-opportunity.

“The more popular I got, the softer the soft cry in my head: Don’t believe them. You were never good. Then I broke and proved it.” -Letter to Kizer from Seattle; Richard Hugo