Finding your Own Path

Those who have shunned the idea of working for others, preferring to earn their daily bread without having to deal with bosses and time-clocks, usually face a realization at some point: it’s not quite as perfect or ideal a path as they might have once thought. 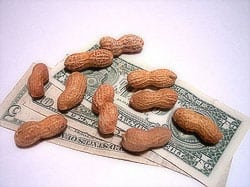 Still, everything has trade-offs – it’s just a matter of what one’s looking for. Some people take the plunge into independence, but economic necessity pulls them back onto the path to a more traditional corporate cubicle. Some have great success and wonder why the hell they didn’t make the move decades earlier.

Most, though, find that the grass on the other side of the hill is essentially the same as what they left behind – scorched here, lush and green there – for the most part, unpredictable. Maybe it’s the unpredictability of it that’s the attraction.

Any change can involve losses and gains. Sometimes we don’t know what we’re losing or gaining until after we’ve made the leap. We may be disappointed or elated; we may fail or succeed. For some, the adventure alone is a success.

And some (more, I think, than might admit it) would be hard-pressed to say exactly why they felt compelled to choose that path.

Let’s take a look at some of the things that a person may be leaving behind when they make the move to self-employment.

When a person steps out on their own, they walk away from the majority of those benefits. So why do they do it?

Probably the most popular response to that question is “control”. That may mean control over their own goals, activities, values or schedule. Perhaps it means control over what sort of clients they’re willing to deal with or what share of the income will be their own. For some, it may be more important for them to be in control of standards and techniques.
Given the number of people that bail out of the “conventional” employee-mode, it seems that most independents find the trade-off worthwhile.

Dealing with the Adjustment

When I first went out on my own nearly 30 years ago, the main driving factor was a boss whose values I couldn’t live with. We fought continuously, while he tried to screw clients, employees and sales representatives with equal enthusiasm. I even quit once in a rage, but was enticed to come back a year later by promises of enough autonomy that I could at least protect everyone but his direct reports. That lasted a couple more years, until I realized I wasn’t just tired of it… my performance was suffering for it. So I left again.

By that time, my motivation had evolved, though… I’d already enjoyed the control and freedom of self-employment (both of which are a little less dominant than one might think) and I needed it. The fact that I’d failed on my first attempt didn’t keep me from wanting to try again. On the contrary, being stubborn, it probably made me a little less objective (if that’s possible).

The problem was, where I had worked in the past, there were people that handled the everyday nuts & bolts of personnel issues, payables and receivables, filing, sweeping and making the coffee… I never had to deal with them. I could make a decent pot of coffee, and my hands fit a broom handle as well as the next guy’s, but it was the accounting that eventually was my downfall (actually, the lack of accounting, according to the auditor). 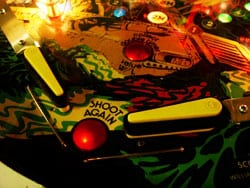 So I ended up going to work for someone else again, once the dust cleared from the bankruptcy three years after I started. That was the first time I ever had to look at myself in the mirror and admit that I had failed – at least on that scale. I lost everything, and it took me over a decade to pay off the debts that fell on my shoulders.

After failing twice, you might think I’d have sucked it up and resigned myself to being just another runner in the rat-race. But I still had it in my head to do it again and not make the same mistakes. That’s when I first began wondering what makes the people that want to do that feel that way? What drives them to leave the pack and hunt as a loner?

What are the Gains?

So, we already listed some of the losses involved with leaving the corporate environment, but beyond control, what are the gains? Here are a few that come to mind:

There may be other gains and losses for you – we’re all different. But I think the bottom line is, we all run our own risk/reward analysis and let that decide which way we go. Nobody’s right or wrong…

There are a lot of people that teeter on the edge of going into business for themselves, but can never quite bring themselves to do it. And there are some that probably never should have. The Internet has made it relatively easy for anyone to at least pretend to be in business for themselves. (Hint: spending $100/month to build a subscriber list you’ll never use is not a business.)

Have you ever thought about the most important motivator for you? Care to share? Your insight might help someone else evaluate their own situation, getting them off dead-center to either take the plunge or call it quits. Sound off in the comments. Operators are standing by…