Firefighting: Can We Break the Addiction?

You’ve probably heard the term at some point in your career: “firefighting” or “putting out a fire”. You may even use it in your everyday vernacular. Something like, “Hey man, I’d love to come and hang out tonight, but I’ve got this fire to put out at work.“ 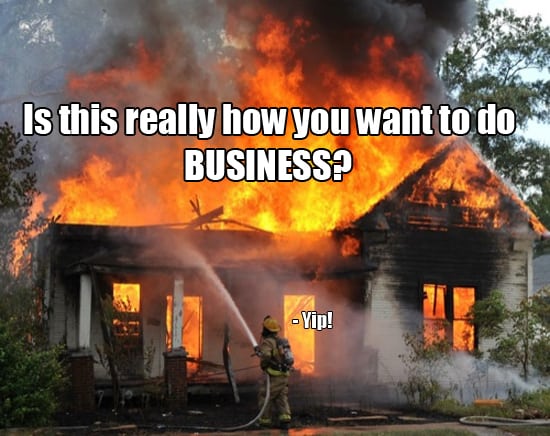 And, when we use it, we mean it to describe a high-stress emergency that needs immediate attention and an immediate solve. And, like fire, if left unattended, the emergency threatens to collapse an entire structure and structures surrounding it.

In business there isn’t just a situation or two that qualifies as a “fire”, like an out-of-scope task that needs to be turned around within 24 hours, or surprise client presentations. I’ll go broad on this one and say a “fire” is anything that threatens to damage a client relationship (likely permanently) if not fulfilled or acted upon in an expedient manner.

Going a step further, just to personalize it, fires can also damage careers. Not being able to tackle them or showing an unwillingness to “handle them”, brands you as someone who is not completely invested in the company [read: mentally weak]. To be frank, “fires” suck.

Yet, more and more, I see whole organizations that thrive – maybe that’s not exactly the right word for it – on the “firefighting” method of doing work. Moving from one perceived all-out emergency to the next.

Process is abandoned or treated as a secondary mechanism, in favor of jumping in headfirst and finding out where you are after you resurface.

Perhaps it’s become Silicon-Valley-trendy to work this way? Perhaps it makes your company “sexier” to potential investors that you run “lean”. Or maybe it has to do with the invisible metric of progress? That when your firefighting a problem the pure level of concentrated effort to find a solution gives people and the organization the sense that they’ve made giant leap of progress? That a mountain of work was reduced to rubble in several hours?

Firefighting is addictive, both from an organizational and physiological standpoint. Just as with anything that’s addictive, it has a real dark-side after the “high”. It impedes growth both organizationally and personally. So let’s talk about how we can break our firefighting addiction and reinvest in micro-processes.

The Reality of the Situation

That last sentence might have given you hope. But don’t let it. Even I’m not convinced it can be pulled off. That we’ll all find a way to be our own personal Houdini’s by the end of this post.

Because in an industry that moves as fast as ours does, there’s no real way to completely eliminate “fires”. All it takes is one statement by a figurehead and the whole house of cards comes down. Everyone scrambles. Fires happen in business; they’re unavoidable.

But, it’s bigger than that. It feels like a systemic change in the way work has to be done. The reality of the situation is there has been a paradigm shift in business: LEAN or AGILE.

Everyone and everything is to be run in this manner. It started from Toyota as a way to lean out their manufacturing process (notice that “process” still matters), and then got adopted by the VC and entrepreneurial crowd but, by my estimation, in a bastardized way. Here’s how it’s defined:

Bottom-line: do more and profit more with less. Eliminate wasteful activities. Makes perfect sense. Why have 4 steps in the process when 2 steps produce the same results? You cut unnecessary fat and create a more profitable system. Fast-forward to today, and the Angel/VC/Entrepreneurial crowd has taken it to an extreme (as most things that are successful usually are). Here’s the new bottom-line:

The “new lean” has firefighting built into the workflow process. By treating process as “stopper” and not a conduit to efficiency, the expectation is that the hive will “arrive” at the decision when process makes sense.

The problem with that is everyone’s running so fast that no one can stop and take a breath, much less take the time to institute process that stitches together different functions of an organization to orchestrate how to work better. Work more efficiently.

Whereas Toyota was attempting to remove wasteful activities within the process, and sure, cut down on workforce expenses to make more money and maintain product superiority, the new “lean” regards workforce as interchangeable gears: create work until they break. Then replace.

It’s not just small businesses doing this either. It’s larger corporations too, although it’s a little harder to see because of the tremendous bloat for decades upon decades. 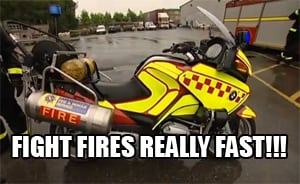 Digital marketing has forced everyone to move in the direction of lean-process-less-ness because you have tobe moving on something yesterday not now. Everyone is always behind.

Big corporate teams are getting smaller, cutting whole departments, stripping vital departments to the nuts and bolts (save the C-Class, because, after all, there’s no price on “thought leadership”). Attempting to turn the yacht in a tidy Italian speedboat.

There is no room for glaciers in marketing, consumer mindshare, and the consumer wallet. Getting lean to become better and more efficient is one thing, but getting lean to remove supposed roadblocks to “corporate agility” is blindly dangerous. When you start stripping away pieces that held micro-processes in an attempt to be as agile as a group that’s 4 or 5 times smaller, fires start cropping up.

And fires, like mud or shit, have this really strange tendency to want to roll downhill, contrary to what physics tells us. Everyone is creating and dealing with fires all day, every day.

It’s possible you don’t believe that. I didn’t really much believe it either until I owned my own business.

Sure, I’m a Type A personality. I work well/better under pressure, I’m hyper-competitive, and I like to win all the things. I don’t understand phrases like “good enough” or “fail faster” because it’s either perfect or it’s shit. I have highly OCD tendencies.

When everything is a pressure situation for a start-up search firm, it becomes routine to live in firefighting mode. I did for long enough that I’m of the belief that it changed how I need to work now. If I’m not going 120 MPH, with tight deadlines, I’m not working. 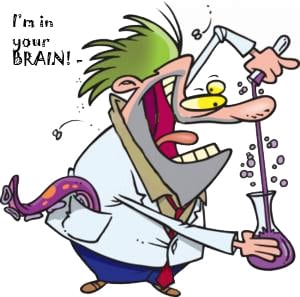 But it’s not a personality type dilemma. It’s a physiological problem. You can read about the detailed science of stress here, but the short version is something like this: stress levels rise, the body releases cortisol and then releases adrenaline to combat the cortisol. The adrenaline makes senses sharper, short-term memory function better, and increases muscle strength and fast-twitch nervous system.

You turn yourself into your own personal superhero: bigger, faster, stronger. Used in the right proportions, stress is a good thing. Too much stress at too frequent a rate, you turn into a basket case.

After a while, your body becomes addicted to stress to trigger the adrenaline response, and pretty soon you need to be in superhero mode all the time. It may just be me, but I see more and more people breaking down at faster rate, moving from company to company to escape the rugged pace, or desperately trying to jump rungs on the ladder get a bigger payoff for putting themselves through the ringer. A pretty vicious cycle.

Organizations Get Addicted Too

Entire organizations can become addicted to firefighting too. As I mentioned above, the sense of “work getting done” is so much greater when you blast out a Herculean effort. A real sense of accomplishment and progress.

And, as we’ve established, since organizational process and micro-processes are being left by the wayside, there’s no shortage of fires to put out. Eventually entire organizations are moving as fast as they can to keep things moving and out the door, and fires become the way and not the occasional exception. When you have an entire workforce trained to function this way, firefighting becomes the new system.

The entire company works toward eating big chunks of work in a single instance instead of learning how to regulate workflow.

Build Your Own Micro-Processes Back In

It sounds simple enough and should be fairly easy to accomplish. But it’s not. It’s the thing that no one is going to want to hear, much less deal with, but you’ve got to become your own bottleneck.

Maybe you’re not in position organizationally where you can do that, maybe it’s so hectic that even a few hours not cranking on something means a missed deadline. Fear not, you can still build them back in. Painfully, yes, but back in nonetheless.

After Action Reviews (AARs), I know. There’s no time for these anymore. It’s true. But that doesn’t mean you can’t do them for yourself and write down the things that went well and need improvement. You can send these notes out to the team as “observations” of how the project went without, hopefully, ruffling any feathers.

They don’t have to be long and drawn out; they can be as simple as a pros and cons list, with quick suggestions on how to make the cons into pros the next time around. Rubber Band / Redirect Workflow Bounce the work back from whence it came.

Admittedly it’s not ideal, and it’s sure to piss off people. But by asking questions of process and requesting more detailed information, you begin to insert sub-conscious training and micro-process back into the system. It helps to set a precedence as to what types of information is needed to ensure the work is completed fully in the future.

Sure, it can be completely disregarded going forward, but you have to be consistent in order affect change. It’s long-play but worth it.

At The End of the Day

Maybe this is simply a case of “if you can’t take the heat”¦”? I, personally, happen to think that firefighting and putting out fires has become all too common in the last decade as a main tenet of organizational workflow and process.

There’s been a deregulation on process and it’s time for all of us to take a step back and re-insert it back in. It’s asking a lot from a top-down point of view, but we can certainly help build it back in ourselves with micro-process at a job-level.

It’s time to break the addiction to fires and firefighting.