From Minsk With Love – A Rank Tracker Review

Knowing where a website ranks for a given keyword, discovering additional keywords and understanding their competitiveness is really essential to internet marketing and is at the root of SEO.

Rank Tracker does just what its name implies, it tracks your rankings, but its what’s under the hood as far as the features, the ease of use and the fact that Rank Tracker updates and keeps current with ever changing algorithms that made me a fan rather quickly.

We had the chance to meet up with Ian Artimovich, Senior SEO Manager at Link-Assistant.Com. We talked a little shop , learned a little history on how Link-Assistant came to be and got a glimpse that they are tinkering back in the shop on some improvements and a few new features .

Their pretty tight lipped, but we can tell you a little bit about a couple of the new features being added to Rank Tracker. They have made some great changes to the progress graph that make it easier for you to monitor your progress. I feel the big news is that you will be able to add competitor’s URLs to your project’s profile now and directly monitor how your site is performing on your keywords. This is a great feature and will be a huge time savings tool as well.

When I asked a few probing questions about what else they have in the plans for any of the other Link-Assistant.Com tools Ian replied,

“At this point we can’t really tell you much”¦but we can tell you it’s gonna be so cool that you’re gonna want to start shopping for warm clothes.” He continued, “we’ve set the bar pretty high with our products, service and support and we’re determined to overwhelm our fans. We are working hard and they will be pleasantly surprised…. Don’t ask us any questions just yet, cause we’re not telling.”

Ian did say that Search News Central will be the first place they will announce the news when they are ready.

From Freemium to Paid to Fan

About a year ago I figured I would give Rank Tracker’s free download a try. I really thought I would be disappointed, use the uninstall and go about my way destined to stay in the dark ages of search labor forever.

It was more or less out of necessity that I searched and discovered the Rank Tracker tool. I wanted to see if I could save some time and if it could help automate some of my work load.

After the free download I had to have a full version less than a week later. Until now I have told a few other SEOs about it, but for the most part I kept it to myself kind of like a trade secret.

Rank Tracker SEO Software analyzes a websites position rankings for given keywords in just about every search engine you can think of. You have the option to add additional keywords using their keywords suggestion feature, monitor those keywords over time and build reports. Rank Tracker has built fans and users from its:

Rank Tracker has become one of my bread and butter tools. Knowing where you were at is critical to knowing where you are going. You have to know whether changes are either having positive or negative impacts on your traffic and Rank Tracker is a great little tool for doing it.

One of the coolest features is the automated system. You can set Rank Tracker to auto-pilot based on your preferences and check your ranking.

Rank Tracker tracks where your keywords are ranking in just about any search engine you will care about. 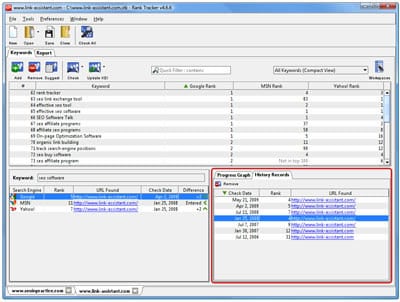 Rank Tracker has a pretty cool “Suggest Keywords” feature. With it, you can add to your keyword campaign by using Google Adwords Keyword Tool, Wordtracker, Google Suggest, SEMRush, your competitor’s websites, and many other methods.

Quick checks of search volume and competition for keywords

This part of the tool in my opinion is almost worth the investment alone because it saves quite a bit of time. You can use Rank Tracker to find out the number of times a keyword is being searched and how competitive the keyword is. For each keyword, Rank Tracker will calculate Keyword Efficiency Index, or KEI which demonstrates how profitable a word can be. Keywords with the higher KEI have the greatest potential to bring targeted traffic to your website. 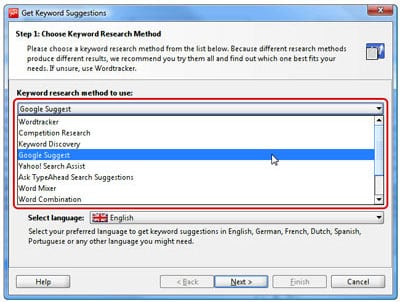 Run huge volumes of rankings checks for an unlimited number of keywords. Rank Tracker supports standard API keys of Google, Yahoo! and Bing as well as advanced human emulation features. It should be noted that you should set your crawl preferences to keep from being blocked. If this does happen it’s not a huge deal. Go grab a cup of coffee and Google will be back up and going. I was getting blocked for about 3 or 4 minutes till I set the preferences to crawl slower. 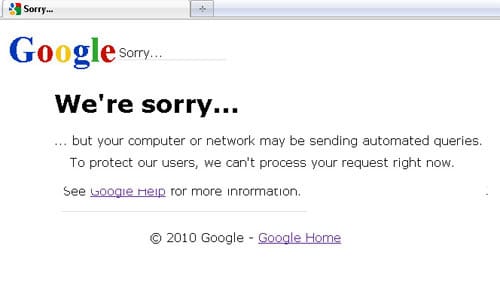 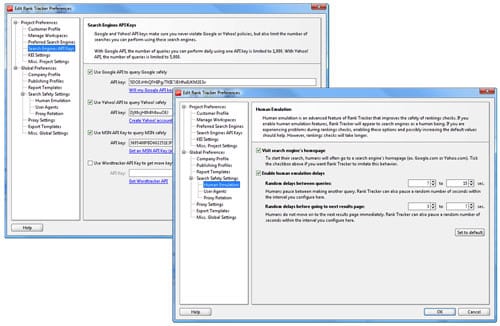 Rank Tracker keeps a daily, weekly and monthly change record to notify you where your site ranks for any search term, and presents it in a clear easy to understand graph to demonstrate your progress visually. 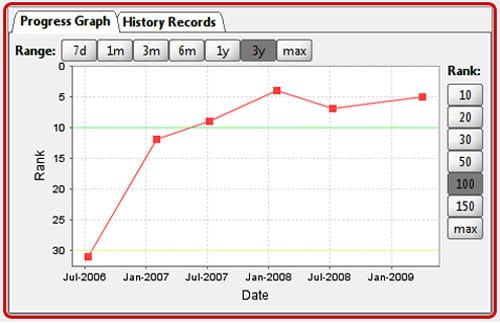 I have been very happy with the ranking reports feature. Giving clients status updates on their rankings is quick and easy. Rank Tracker generates either standard or customizable rankings report with all data on keywords and their rankings clearly demonstrated in nice tables and charts. You can make HTML or PDF exports of your reports. There is also instant emailing and FTP upload features.

Weighing In On Rank Tracker

I highly recommend Rank Tracker to anyone who is looking to automate their ranking methods and/or keyword research and discovery. I really liked the fact it was not outrageously priced or a subscription based model. They offer a few different options to fit any budget. I loved the fact it is updated and it is easy to use and even customizable. I really enjoyed their video tutorial. 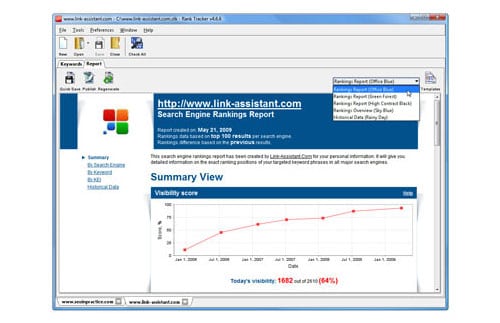 One of the lasting impressions I have of Link-Assistant team including Ian and it’s founders, Viktar and Aleh, is their humility.

Being a fan of their tools I was curious how it began. When we began asking questions about their history they were very modest and felt like that it might come across as bragging if we told their story. Humility is something I respect greatly. Link-Assistant’s story is one of humble beginnings and hard work.

Back in Minsk, Belarus a couple of programmers who were friends decided to start up an technology outsourcing business. It was 2004 and the two friends, Viktar (now Link-Assistant.Com CEO) and Aleh (now Director of Marketing) built a website and sat waiting for the orders to come pouring in. After realizing that no one was visiting the website they knew they needed SEO to drive business.

Being programmers, Viktar and Aleh started looking online for some kind of SEO software to automate all the spade work so they could continue their work.

None was immediately found. It turned out later that they hadn’t been looking hard enough, but that got the guys thinking that there might be a demand for SEO software. After a couple of sleepless weeks and 24 gallons of coffee, the world saw the prototype of Link-Assistant – the first SEO tool in a series by what was soon to be Link-Assistant.Com Ltd.

In the beginning, the guys offered Link-Assistant for free and got great feedback from the SEO community. They continued consuming large amounts of coffee while working and improving the software. As it finally grew into a finished and highly competitive tool they launched their paid edition.

Link Assistant On the grow

Rank Tracker was offered free of charge, but at first no one seemed to be a bit interested despite the fact that both tools resided on the same website. Link-Assistant on the other hand was still doing rather well gathering fans.

About a year had passed and the guys thought, – ah what the heck, – and put a $30 price tag on Rank Tracker as well. That’s all it took and it took off. Everyone suddenly wanted Rank Tracker, even though nothing had changed about the software except that it wasn’t free anymore.

Instead of doing what almost every successful Internet marketer was doing at the time ““ buying fancy sports cars and showing them off on their blog ““ Viktar and Aleh invested their earnings back into Link-Assistant.Com and their own education.

They developed new software, hired a designer and created a new website”¦..Long story short what started off as a little outsourcing business of two friends became a major player in the SEO software industry.

Today Link-Assistant.Com is a team of 30+ enthusiasts working in 5 departments and taking up half of the 6th floor of a modern office building in the center of Minsk, Belarus.

NOTE; all premium SEO Training Dojo members get a discount on Link Assistant products. So what are you waiting for? Join up today!