It’s hard to believe that it’s been four years since Google originally dipped their toes into social search.

While they haven’t shared much information about how their algorithm takes social activity into account, their emphasis on Google+ and features like Authorship make it clear that social signals to are going to play an increasingly important role in how they determine rankings.

My Search for the Perfect Social Sharing Tool

Towards the end of 2011, I started looking for a tool to maximize the amount of social exposure my best posts received. Although I was doing a lot of sharing, what I wanted was a system that emphasized quality over quantity. Unfortunately, everything I tried had the opposite philosophy.

After coming to the realization that what I wanted didn’t exist, I decided to build it myself. However, I knew from the beginning that this wasn’t something I could tackle on my own. That’s why I was thrilled when my long-time friend, Ann Smarty of MyBlogGuest, agreed to come on as my partner. 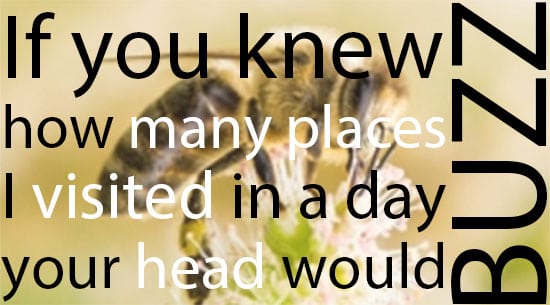 Thanks to her expertise and some great work from several talented developers, we were able to get Viral Content Buzz up and running. While we had a clear idea for the site’s basic functionality, we knew from the beginning that we wanted to be able to refine and expand the platform based on feedback from our users.

And I’m happy to report that listening to our awesome community of users is what’s got us to where we are today!

The following two minute video explains exactly how VCB makes it dead simple to get more eyeballs on your best blog and guest posts, as well as generate the types of REAL “social signals” that Google continues to show an interest in:

Our platform makes it easy to generate additional social buzz around your best content. While the VCB system runs on earned credits, one of the features that makes us unique is we don’t require any reciprocal or obligatory voting. Instead, we make it easy for our users to find awesome posts that they actually want to share with their social media followers.

Thanks to all the feedback we’ve received from our users, we’ve been able to add quite a few awesome features since the beginning of this year. Notable new features include:

We also have Viral Content Buzz Labs, which is where we offer and develop free content marketing tools. Currently, we offer free Pinterest Analytics, Activity Analyzer (which keeps track of social activity on a specific URL), as well as a Twitter Chat Client.

In addition to the new features we’ve added to our platform, we have several more in the pipeline. Since many of our users do marketing work for multiple clients, we’re going to add the ability for VCB users to add multiple Twitter accounts. Also we will be adding support for Google+ very soon! Yay! J

We’re also going to add a paid option in the near future for SEO agencies and site owners who don’t have time to earn credits through sharing. While our platform will always be free, we’ve had a lot of requests to also offer a way to buy credits. Keep an eye out for this feature in the next 1 to 2 months!

As I previously mentioned, we’re continuing to add new features to Viral Content Buzz based on what our users tell us they want. So if you sign up for a free account and take the VCB platform for a spin, be sure to come back to this post and leave a comment with your feedback!