Ok, I was wandering about Google plus today and saw this status update; 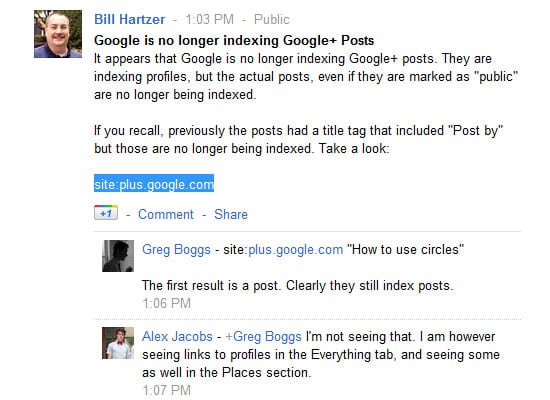 Hmmmmm. After playing around a bit I decided to search using my user ID. And came up with this; 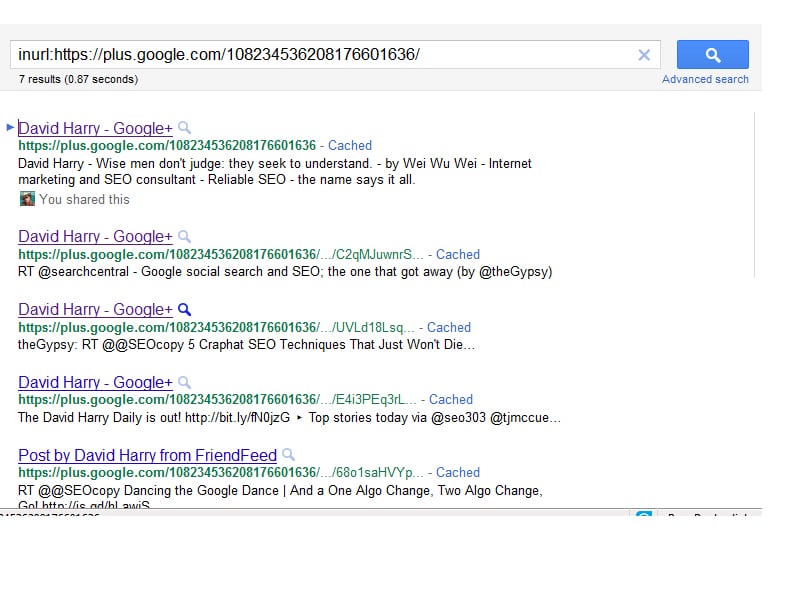 This is where it get’s interesting. As you can likely tell it is actually listing a Tweet, not a status update from G+. If we click a little deeper we find a tweet embedded into my G+ profile;

This becomes more remarkable as not only was that never shared on G+ but it is actually a fairly old tweet at that. This seems to be coming from FriendFeed. When I am logged in I see more including more listings from FriendFeed (where my twitter feed is plugged);

Those of course also lead to an embedded update in my Google + profile. I then tried a few other peeps such as Barry, Matt and Mike, but could not replicate it. every time; 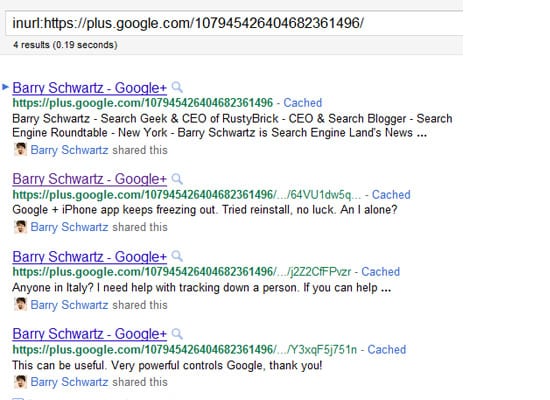 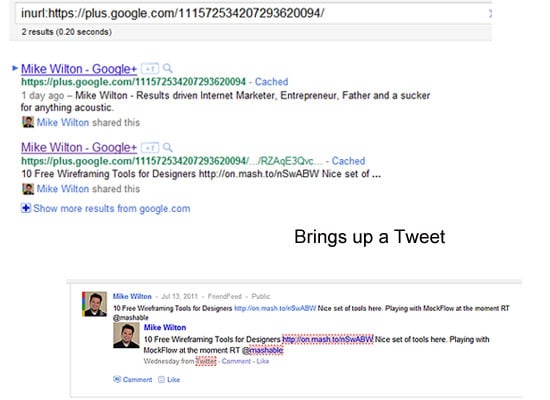 That last one, is a tweet of Mike’s fed through FriendFeed. How about this one? It is Dazzlin Donna. This time it picked up a Search Engine People post from Google Reader; 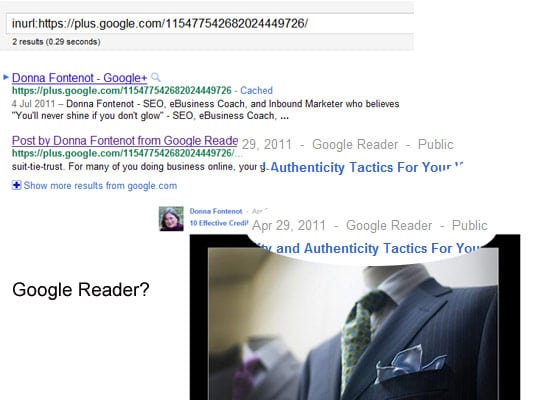 Of course the interesting part was not really that it was embedding them. Sure, that’s odd, but it’s not what speaks to me. It is more about how Google is treating entities and the associations it was making for my profile in the social graph. Bug or not. In limited testing I’ve seen Tweets, FriendFeed pipes and Google Reader. What I can’t figure out is WHY Google seems to be doing this. I understand the HOW. It’s a mash up of the social graph elements.

I just noticed this earier today and have a real life, thus won’t be able to investigate more til later on. I just thought it was notable enough to put up and let others see what they can find or theories on what’s going on.

As noted in the comments it seems that this is likely some type of legacy content related to Google Buzz. Most of it that I have found actually pre-dates the launch of G+ which further lends credence to this theory. Rest assured for those wearing tin-foil accessories, this is unlikely an attempt from Google at fleshing G+ out with thin content.

Also, on the theory of Google not indexing G+ status updates, that also seems to be a misnomer as I found this when searching the title of this post; 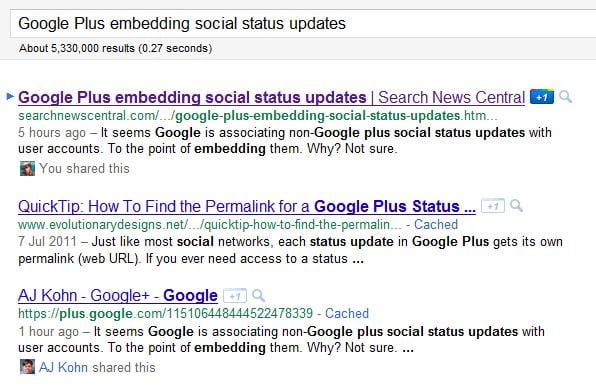 As you can see, there is a status update from AJ Kohn (citing this post) that was indexed earlier today. So, obviously Google is still indexing them.