Google Webmaster Tools announced an update to their interface today! The new dashboard is pretty cool giving you a quick overview of the site pulse with what looks like pretty new graphs too!

There were not a lot of changes except for HTML Suggestions became HTML Improvements, however the functionality remains the same and the dashboard is a nice enhancement. Personally I don’t remember seeing Health as an option, seem to remember

Diagnostics used to hold those same items as Health. Anyone who manages a large number of sites can view site-list in a compact layout, without preview thumbnails which I guess is kinda’ cool as well.Â  Below is how the Googly described the changes in the left Margin: 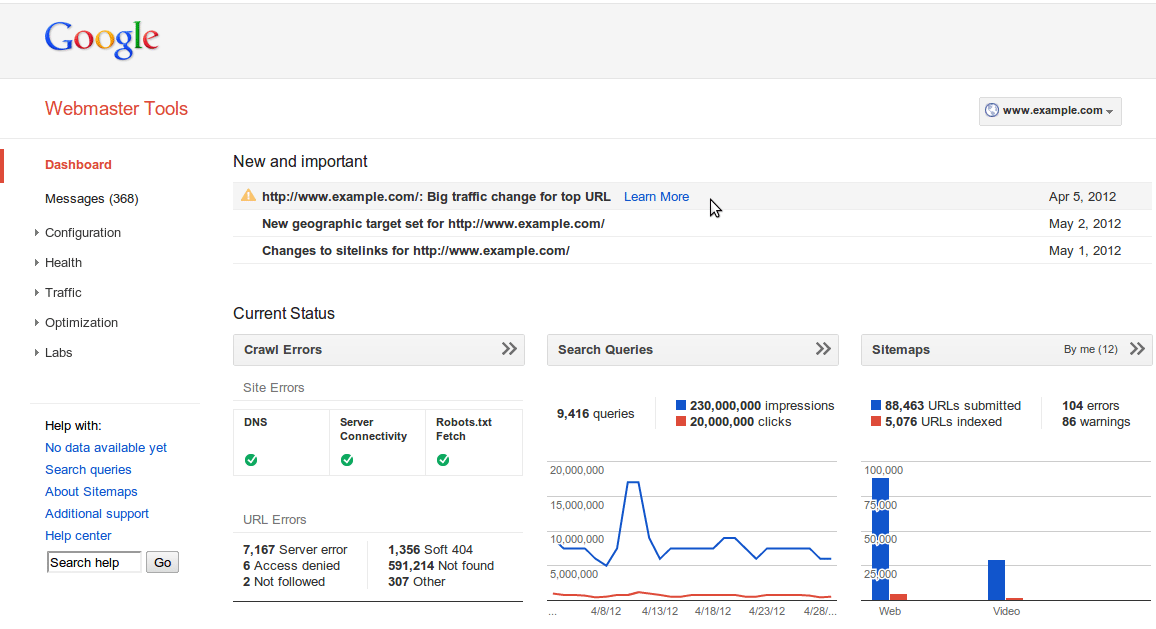 Google’s Team regrouped the left margin along Configuration, Health, Traffic and Optimization. Each group represents a related set of functionality: 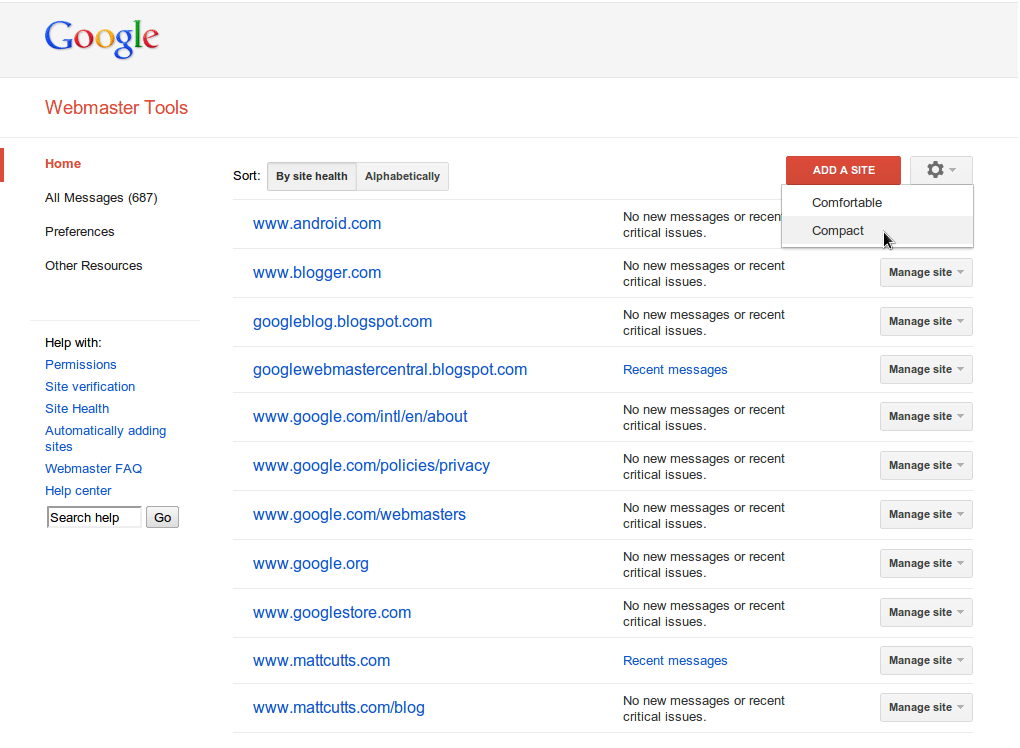 All in all for the first time in a long time this is an improvement to the interface and usability. Lets just say I generally am not a fan of these changes to these services. Enjoy the new GWT!