A new research paper published by a ‘prominent First Amendment scholar’ Eugene Volokh, paid for by Google, apparently shows that Google’s search results are protected under the USA’s First Amendment laws as ‘free speech’ and are thus not susceptible to antitrust legislation. 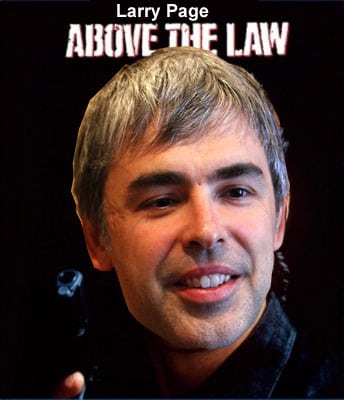 As per Search Engine Land’s article on the paper:

The 27 page document … replete with case law citations, can be summarized in one sentence: search engine results are editorial judgments, like newspaper content, protected by the First Amendment and thus precluded from being regulated by antitrust law and the US government as protected speech.

So in effect this research is Google’s ‘get out of jail free‘ card, giving them free reign to do whatever they want with their search results, including putting their own properties first and generally abusing their SERPs in any way imaginable to give themselves an advantage and deny suppliers of competing services appropriate visibility in Google’s search results.

This is a rather remarkable move from Google, a company that at one time embraced the ‘do no evil’ motto. It seems that motto has now unequivocally been discarded and replaced with ‘we will do whatever we can legally get away with’, which you’d have to conclude is a decidedly evil strategy.

Of course there is every chance the research itself is flawed, and that Google’s SERPs are indeed vulnerable to antitrust regulation. It all depends on how one perceives Google – as a channel to content on the internet, or as an editorial publisher of content.

The second interpretation does protect Google’s SERPs under the First Amendment. However, there is a good case to be made that Google is not actually a publisher of editorial content at all, but that it serves as a channel through which users can access the content of others. Google’s SERPs, on the whole, do not publish Google-produced content (except where Google injects its own products & services), but instead relies on third party content to fulfil users’ queries.

I’m definitely not an expert on the USA’s legislation on free speech, but something tells me this piece of research is far from the final word on the matter. On the contrary, it seems to be just the first rattling of Google’s sabres in what it rightfully perceives to be its biggest ““ and probably longest – fight yet: impending antitrust lawsuits from the FTC.

Also, of course, in Europe we have entirely different laws governing free speech, and I’m pretty sure this particular defence has exactly zero chance of success here.