This keynote is indicative of where Google seems to be heading. This is the second occasion where CEO Eric Schmidt discusses Google’s future search plans. 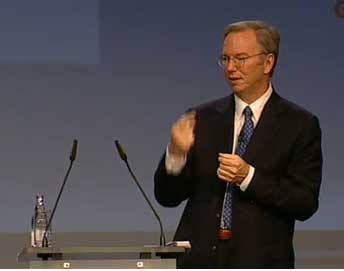 “Ultimately, search is not just the web but literally all of your information – your email, the things you care about, with your permission – this is personal search, for you and only for you.”

“This notion of autonomous search – to tell me things I didn’t know but am probably interested in, is the next great stage – in my view – of search.“

The Gypsy’s post Dear Google, I am an idiot outlines some other notable quotes from Mr. Schmidt and links to the WSJ where he first mentioned this new Fast Search! So, what do YOU make of this wild and whacky guy?