Over the last few week’s things have been going badly for music/video retailer HMV. They had the administrators brought in (essentially bankruptcy) to hopefully restructure things, which ultimately lead to another firm (Hilco) stepping in to buy the debt. Apparently. Anyway, the website looks like this now; 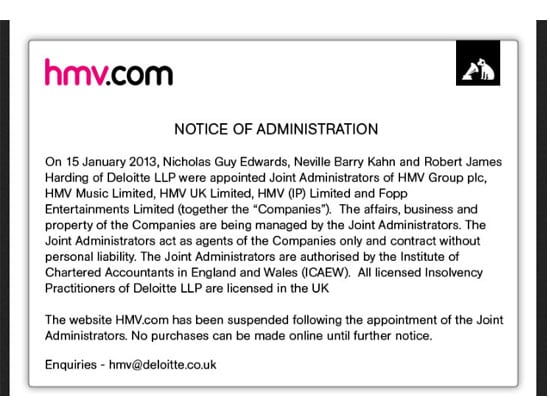 Ok, now that’s not really a story for us. We’re all about the search and social.

But, I was lookin’ about shortly ago and started seeing some really strange RTs (re-tweets) coming across there were posted by the HMV Twitter account. They were quickly deleted, but we did manage to grab a screen before that happened. 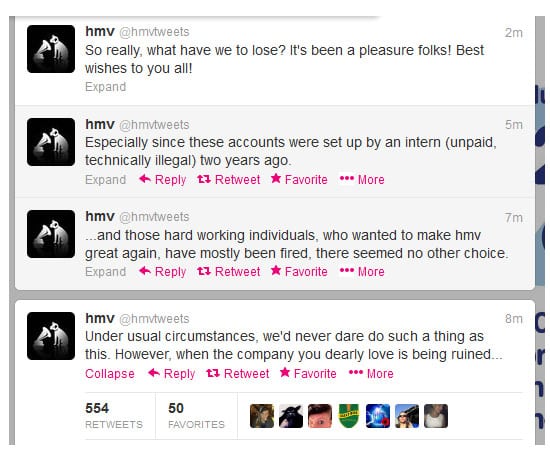 And while it’s (kinda?) funny and all, it does highlight the fact that one can’t be too damned careful with the control over the social accounts. It might be a good idea in these kind of situations to lock down any and all public channels, and change the passwords.

Anyway… thought it was worth sharing.