How Does an SEO Screw in a Light Bulb? Very Carefully

How does an SEO screw in a light bulb? Well, first they have to figure out what to look for”¦ light, bulb, florescent fixtures, luminescence, screw, screwing”¦ Of course it’s a joke, but in every joke is nugget of truth.

As optimizers, we can often get so caught up in getting results that we sometimes forget about our clients’ other concerns. Although we might look at terms in the light of “highly competitive”, “low hanging fruit” or “not worth it”, the terms we choose become part of how the brand is recognized. The differences between the meanings of term A and term B may seem small to us, but our clients live in a world where words mean things, and they mean more than just a ranking. 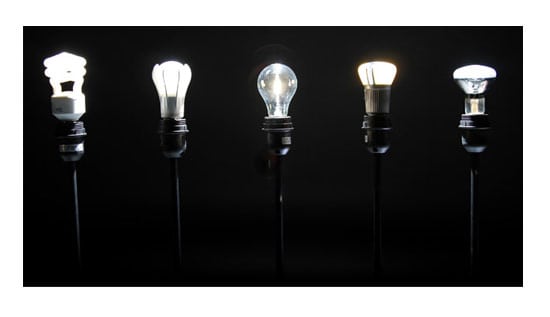 “What’s in a name,“ quoth Shakespeare. “That which we call a rose, by any other name, would smell as sweetly”¦“ Ah, poetry. However, while Shakespeare wrote some beautiful prose, he got one thing wrong. Everything is in a name ““ whether you’re an SEO, a business, or just a guy walking down the street.

My team and I have to constantly keep the client’s message involved in anything we do. That’s why we insist on talking to them and making sure they have a chance to tell us their story, whether in phone conversations or through the Discovery we send them. Our clients trust us to consider their position as a brand because we’re their online marketing firm ““ but that isn’t easy.

When we write Meta descriptions and titles, for instance, we have to carefully consider the words we use. We have to ask, “Does this help convey positive name recognition for our client?“ When we consider certain content development strategies, we have to ask, “How would this action affect their brand?”

A few weeks ago, I actually had the dubious pleasure to find a site that, to me, was obviously optimized for a more explicit version of “crappy X“. As in, “You don’t have to wear crappy jeans.” ““ And I thought, “Who the hell would want to rank for that?“ For that matter, what buyer is going to search for that? Yet, some dink ““ whether it was the business owner or an optimizer ““ thought it was a good idea. Not only is that bad business, in my opinion, it’s just stupidity.

Words, as Emotion or Image Instigators

As a different kind of example, did you know that professional SEO specialist and SEO specialist don’t mean the same thing? Maybe to you, but not in the eyes of the searchers. To find out the possible meanings, you have to break the term down into its separate parts. You already know what “SEO” stands for, so let’s look at professional and specialist:

So”¦ to the person searching for professional SEO specialist, they’re looking for a specific type of SEO: one who’s certified, perhaps, or has had classroom learning of some type and someone who has made optimization their career.

The takeaway: The words and actions you use to represent your clients will cause emotions and images in the reader, like the examples above. This is one of the reasons I detest spam comments and crap content. Neither builds a good, positive image for the client and ““ don’t shoot me – ranking isn’t everything.

We Live in a World of Semantics and Perception 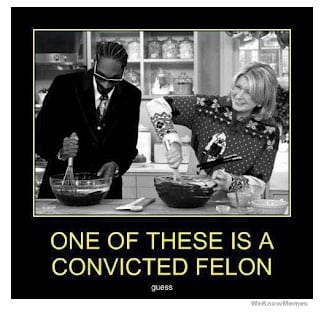 Once you mix words with the global information sharing technology of the Internet, semantics evolve. We have words that mean things, yes”¦ but we have words that mean something, going together with images that infer something else and creating a combination response. This photo, posted on G+ by Snoop Dogg, is a perfect example.

Answer this question honestly: if you didn’t know who Snoop Dogg and Martha Stewart were, who would you think was the felon? The question posted on the image is meant to elicit questions. You get the idea that what you automatically suppose may not, necessarily, be true.

Our perceptions color everything we do; your perceptions of what a word means may not necessarily mesh with a word’s meaning for your client’s target market. As well, what the company perceives to do

Take, for example, the recent HUGE McDonald’s social media fail. The company thought they had a good thing going, so when they opened up the #McDStories hashtag, they were unprepared for the fall out of unhappy non-supporters. The emotions and reactions were vastly different, yet by all indications they were on to something positive.

Relationships ““ as in, how people relate to brands, images and words ““ are very important. The imagery and word usage they grew up with has a lot to do with how they perceive the world. ““And you, optimizer that you are, need to keep that in mind the next time you think, “Hey, how’s this for an idea?“

For my dissertation, if I’d ever finished it, I wanted to do an experiment to take two infants, a boy and a girl, to a deserted island and drop them off (impossible, which is why I gave up on it lol). Without influence from society, would they grow up to be equal? Would they have a genetic predisposition to be macho or feminine? Would they automatically play a role, despite not having any role being taught? 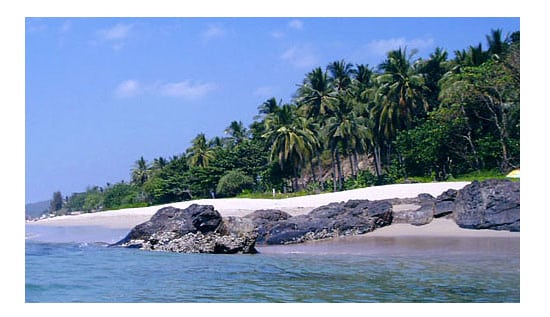 We’ll never know. Instead, what we know is that perceptions play into everything, including what emotions and images a word will bring. You have to account for such things as demographics ““ age, sex, schooling, whether the target market is career oriented or not and so on ““ when you create any form of content for an SEO campaign.

Oh, sure, we can look at what the analytics say, and we can pour over data and numbers from AdWords. We can make assumptions that people are clicking on a word because of a feeling, reaction or memory. However, if your actions are at least partly centered around that client’s message, you’re doing them a big disservice.

So”¦ how does an SEO screw in a light bulb? They grab all their buddies, the marketing guy, the branding guy and the content developer, and talk that bulb into screwing itself!