Hugo Boss; the next site on the Google chopping block?

Be vewwwy quiet, we’re hunting big brands! Yup, it’s time once again for everyone’s favourite feeding frenzy, let’s out a big brand!! By now I am sure you’re all familiar with the recent spate of public smack down’s from Google to the likes of JC Penney, Forbes and of course, Overstock (not to mention BeatThatQuote). Well, it should come as no surprise that the trend has continued.

Hugo Boss… please step up to take your beating!

The Secret Swede (a former member of Google’s search quality/webspam team) had an interesting post today about how it would seem that HB is doing a little sneaky redirection and cloaking. You can read the full story here and here’s a sneak peak; 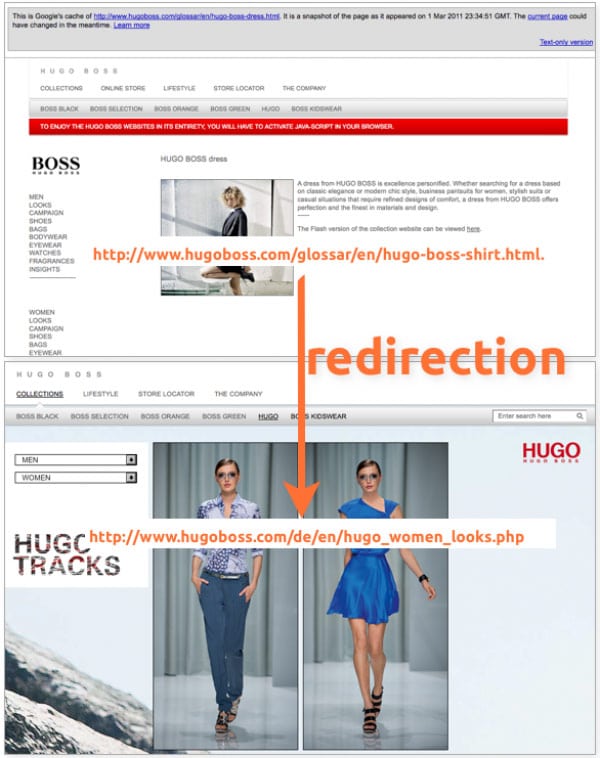 And of course they also have some interesting hidden links to the doorway pages via the no-script tag; 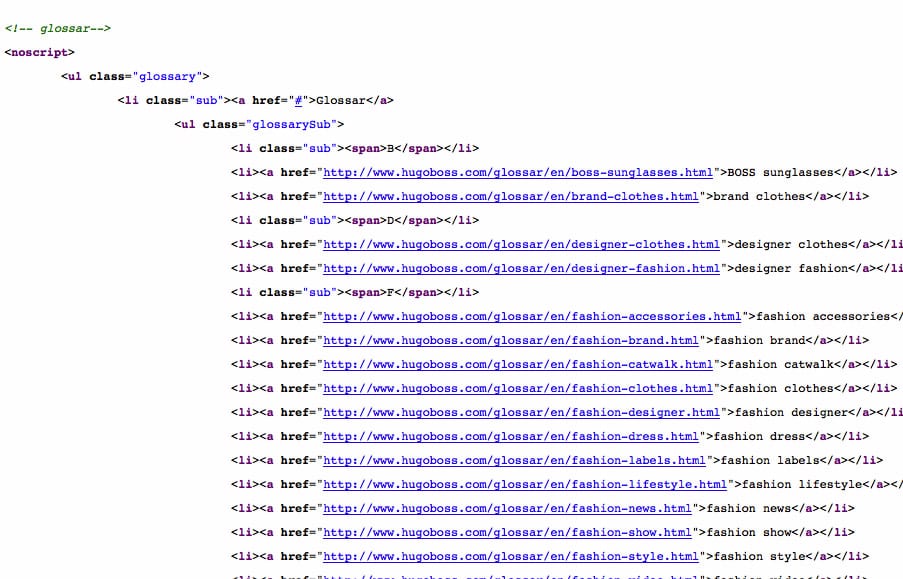 Good for (my) business

The question remains; where will it end? The once popular fight club mentality seems to have been washed away and outing the big boys at least, is in vogue. While I have no idea if this person is in competitive query spaces with Hugo Boss, some of the other cases were most certainly self-serving. It really does have everyone on their toes.

Sure, this one isn’t as simple as the paid links ones, but even still, there are a lot more brands/authority sites re-assessing how they’re doing (and have done) SEO. Given we tend to stay somewhat clear of the edge, it is doing wonders for my company. We’ve never been busier.

Another Day, Another Smack Down

This recent habit will likely only last as long as the interest from big media does. And I can’t see that being much longer. Too bad. It has long been an unspoken truth in the SEO world that many top ranking sites are straying near the edges. There isn’t a whole lot ‘new’ about the fact that boundaries are pushed.

In this case I almost feel bad for hugo Boss (almost). They were seemingly looking to please engines and users seperately. Do they NEED to? Probably not, I’d imagine that site has enough authority to rank even fairly thin pages if they wanted to.

And now? You just KNOW there will be a few folks poking around their other practices. Stay tuned, I get the feeling this story is just getting started.

Hat Tip to Rishi for this story