It never ceases to amaze me how many of my clients get that deer-in-the-headlights stare when I ask them for data. Whether it’s the demographics on their users, analytics, conversion rate or even historically effective keywords, I’m almost assured of seeing that look at least once during our initial kick-off meeting.

Now, these same folks will have their cost of sales, inventory turnover and equipment depreciation down to a T, and can tell you off the top of their head what their month-on-month employee rotation is, and why it’s up 1.2% this month. So it puzzles me that they’ve relegated their website’s effectiveness to the I-don’t-understand-it-so-it-must-not-matter category. 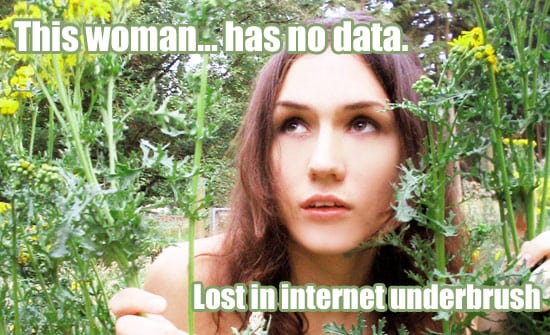 Presumably, if they’re even talking to me, they’ve already accepted that there are benefits to be had from some judicious SEO on their site. They’ve obviously implemented programs to capture other critical business factors, so the concept of working with data versus tossing spaghetti against the wall isn’t totally foreign to them. Sheesh!

Yet, I still see furrowed brows when I tell them that we’ll be able to actually start doing something for their site in say, a month, after we’ve set up some analytics to gather some data. The fact that we can’t just know what will work best, and work our magic in a vacuum always seems to disappoint them. 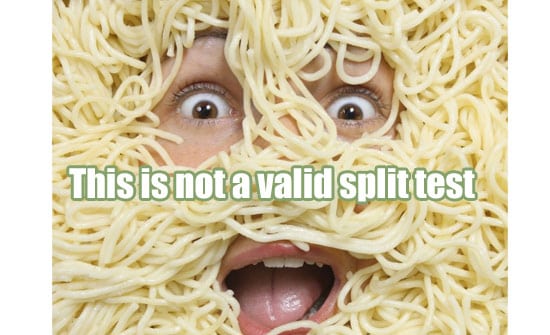 We need something to work with

Maybe if they had ever delivered boxes of random receipts to their tax preparer at year’s end, they’d understand that extra time and the inherent charges are the result. And they just want to give us a bunch of empty boxes! Again”¦. sheesh!

Random actions create random results, people. If you want specific results, you need to have a strategy in place, and all actions must support that strategy. For us to undertake any but the most basic steps for you (such as improving your site architecture), there must be well defined goals, each one taking us a step closer to the ultimate goal. The old “do something, even if it’s wrong!“ approach is, in itself, excruciatingly wrong!

Google Analytics and Google Webmaster Tools are two places to start. Sign up and start gathering data. It’s free, it’s easy and it is a great first step toward building a data base of traffic and actions that will help your SEO or content strategist do his job more quickly. That translates to time and money saved, in the efforts to improve your site’s performance.

While it may seem to some that what we do may border on black magic, it’s anything but. It’s a science, and although it may seem a bit mysterious to those on the outside, we’ll need more than some eye of newt and a clipping of hair to deliver the results you need. If you find it frustrating that we tell you we’ll be back in a month to show you a definitive plan, imagine how we feel, having to tell you that.

But tell you, we will, after a mental face-palm, so if you aren’t gathering any data, don’t expect effective actions on our part right away. We’ll do something once we’ve identified what will work. If you want action nowÂ¸ whether it works or not, I suppose there are some crap-hats out there who’ll be only too happy to take your money, while delivering nothing but promises.