During a chat in the SEO Training Dojo the other day, a friend vented a bit on something they have seen a lot lately and it got me reflecting on some similar issues that really bother me. I know I’m not alone in bristling when I see some of the following claims and practices, (among others). 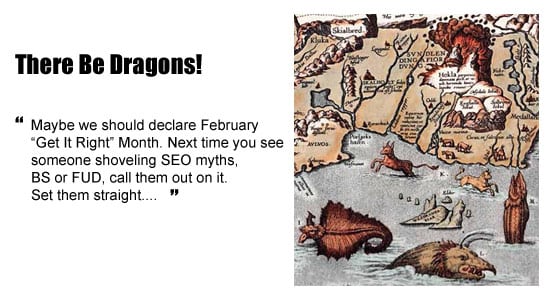 Many (and by many, I mean a hell of a lot!) persist in keeping alive such garbage as these jewels:

So what brings on this rant? Just frustration, I suppose. Frustration over a profession of some difficulty, which loses a little more respect, both from within and without , with each and every instance of the above. And the nine examples above only scratch the surface. (I didn’t even bother to mention the plethora of “SEO is Dead” posts that pop up with every noteworthy algorithm update.) 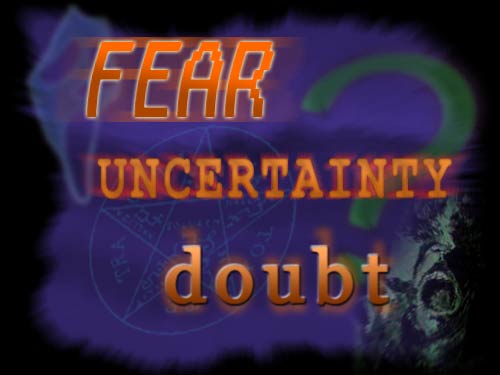 The point is, our industry should be garnering more respect and credibility, after several years of hard-earned progress. But some of us do great harm with the above practices and most of the rest of us share some portion of the blame by ignoring it, instead of shouting it down.

Maybe we should declare February “Get It Right” Month. Next time you see someone shoveling SEO myths, BS or FUD, call them out on it. Set them straight, and maybe keep them from doing a little more damage to our industry. The credibility you save may be your own.