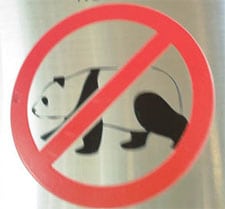 Did you feel the ground shake?

The last few days has seen a buzz growing around an apparent Google search update that hit on Friday, November 16.

Originally it was thought to be a Panda update, but Google in fact confirmed that there was no Panda update. They wouldn’t however confirm or deny an update of some other kind.

In a post today, Marcus Tober, founder of Searchmetrics.com, stated that his data suggests that Google has in fact implemented an algorithm update of some kind. Enough movement in the SERPs, he states, is evidence enough to safely label this an update.

In his article, Mr. Tober presents a sample of some high profile sites who lost out significantly in the changes over the weekend. He also stated that more data is coming. Since our understanding was that Google typically leaves December alone we’ll wait for it before making any predictions, but that doesn’t mean you have to…

We want to know what you think. Have you dropped or rose in your verticals? Have you noticed an increase or decrease in traffic since the end of last week?

Tell us your thoughts. If this isn’t Panda, what the heck is it?