Ranting and Raving: A Couple Words On Google

I suspect this will make some eyes roll and draw some nasty comments, but I stopped worrying years ago about how popular my opinions are. I call ’em like I see ’em.Â And once in a while, the bitching and moaning gets so loud that I just have to speak up.Â So this is part rant, part agreement. I’ve seen two trends gathering more momentum recently, on the topic of Google, one of which prompts a rant, the other which I’ve reluctantly come to agree with…

Google Is Making Our Job Harder! 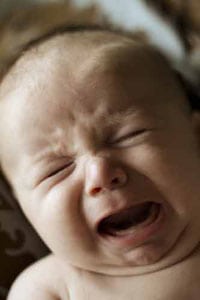 Lately, I’m seeing a lot of discussion (more than usual, occasionally bordering on whining) about how much more difficult it’s getting these days to stay in Google’s good graces, while getting a site to rank.

Some people may say I must not be paying attention, but frankly, I just don’t see it that way.

What I do see is that there’s a lot more information to stay on top of to do the above. The days of simply plastering a double-scoop of keywords across the page are obviously long gone. Good riddance, I say… such simplistic tactics led to a lot of crappy sites erected by folks that didn’t need to know a thing about usability, accessibility or relevance.

Today, on the other hand, we’re swarmed by a lot of crappy sites erected by folks that do need to know those things and more (glossing over for the moment the appalling number that apparently haven’t yet grasped that).

But has that really made things more difficult for someone that’s been trying to do things the “right” way since the last millennium? If they’ve always tried to color between the lines, have things really changed that much?

I say no, they haven’t. At least, not that much.

Sure, there’ve been a couple of significant changes in the last fifteen years or so. The reversal of Google’s stated position on EMDs comes to mind, as one example.

But for the most part, the major impacts we’ve seen have been mostly belated enforcement of long-standing “advice”, via the Webmaster Guidelines. And most of those enforcement efforts became necessary because of widespread abuse.

At the same time, there are also a lot of new things that can be done to help optimize a site. Schema.org, RDFa, responsive design… granted, having to learn new things hasn’t necessarily made it easier. So in the context of having more things to learn, I suppose you could say an SEO’s job is harder.

But those things are tools. And tools presumably make our job easier. The ability to craft rich snippets has given us more targeted visitors than we used to get by stuffing our meta description with loads of keywords.

And having reviews show up in the SERPs has been a boon to many businesses. Being accessible and easily used by mobiles has opened up new market potential.

So there’s a trade-off. In my opinion, we came out on the clean end of the stick.

I think that if you really think that Google has made your job harder, you probably fall into one of these categories:

Either way, Google didn’t make your job harder…. you did.

It’s Foolish to Depend Upon Google for Traffic 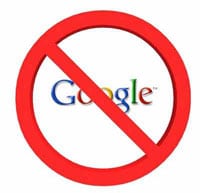 This is one that seems to be getting more and more traction lately, and I’ve come to where I agree with it, to a point.

Obviously, any business that’s getting 60 – 70% of its business via search is in no position to shift all its attention to other channels and give that up.

However, I DO think it’s only prudent to start working other channels, and get the portion of your business that’s coming to you from Google down to a level where your business wouldn’t be destroyed if it were lost.

I’ve seen it said many times that what Google gives, Google can take away (or charge for). And while I’m not yet willing to believe that’s their intent, it’s still a possibility. I know a lot of SEOs that are spending a good portion of their time optimizing for Bing/Yahoo – and even other smaller engines – against just that possibility.

Many are focusing on social media (which, by the way, is not the “new SEO”), others are working in yet other channels, trying to spread the traffic they attract across a broader field, rather than being largely dependent upon Google.

I think they’re smart. Eventually, things will change more. New algo updates, more tightening of acceptable practices, an ever-shrinking above-the-fold area, dramatic cost increases in PPC programs – any or all of these could come to pass, and limiting one’s vulnerability and flexibility has been an effective rule of warfare for centuries.

Many of us spend a good deal of our energy trying to predict what Google may do next, in order to prepare for it – even take advantage of it, where possible. To me, the ideal situation would be one in which I have the luxury of saying “Meh!”

My own business comes almost entirely by referrals, so for me, “Meh” it is. But all of my clients get at least half their business from Google, so until I can get them in a better position, I’ll be catering to Google. But you can bet they won’t be my only focus.

I think any business that can should try to shift their traffic generation efforts to other channels, so that the portion derived from Google is a small enough percentage that losing it wouldn’t be catastrophic to the business.

Most healthy businesses can withstand a 20% drop in revenue… I think that’s the highest portion of my traffic I’d care to see coming from any one source.

We’d be interested in hearing your viewpoints on these two points. That’s what the comments are for… sound off.