Relevance and Trust is the NEW SEO

Weeeeeeeeee….. ok, I just HAD to use that “new SEO“ silliness, ’cause I keep seeing it in the search blogosphere. Over the last 10 days I have seen posts touting “citations“, “apps“, “social“ and others as the ‘new SEO‘. It does get a little crazy. Indeed I have also seen a rise in the ever-popular “LSI“ too. Crazy, crazy stuff peeps.

Is that where things have come to? That the fear of getting burned by P2 (Pandas and Penguins oh my!) sent a lot of SEOs scrambling for the exits and seeking that next big thing?

So no, the title in this post is erroneous. But the topic indeed, is not. 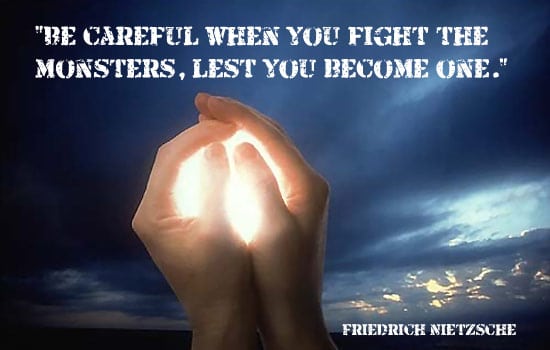 The concept of trust with search engines such as Google is a bit of a hazy one. We could consider the old-school concepts like TrustRank; that good sites link to good sites and crap ones link to other equally crappy ones. But we can also take this to a deeper level of a more historic nature. Meaning that over time if Google has enough issues with your search engine manipulation (the ‘new’ SEM? Lol) that indeed a long term black mark could be on your site.

Trust from Google can be extremely hard to gain, but easy to lose.

This isn’t just about on-site spammy elements either. Indeed it extends to external elements such as the links pointing to your site and other activities (can you say, ‘social spam’?). The following video is interesting because it hints at how links from site that aren’t trusted, are unlikely to be of much value to your SEO program.

Next up is another concept that we might not fully consider; relevance. Again, this isn’t just about your site, but also to the sites that are in your own graph. From links to citations, indeed the actual value of others referencing you may be diluted due to the fact there is a lack of relevance. In fact, much like the above trust concepts, it could even be hurting you.

At very least, you could be wasting your efforts.

One of the more interesting processes we’ve seen from Google, patent-wise at least, is the ones on Phrase Based Indexing and Retrieval. There have been no less than 10 patents over the years on this particular form of semantic analysis.

What makes it particularly interesting is that this approach doesn’t just seek to understand on-site relevance, but off-site as well. They could be looking at the relevance of the pages linking TO you. They could look at the anchor text, the terms around the links, the concepts expressed on the page, the headings and title of the page and more.

We’ve also seen this with some of the ways they treat the social graph as well.

The writing is on the wall

One experience I had that makes me think about all of this was a conversation with a Googler about a case brought to me by one of my SEO Training Dojo members. They had done an outreach campaign where they got one of their products into the hands of bloggers. The didn’t ask for links. They didn’t ask for a given anchor text. They merely gave them the product. Bloggers, being what they are, did of course link to the site and many of them with the same anchors.

What happened? They actually lost rankings on that particular term.

I felt that they truly hadn’t done anything wrong, thus I reached out. What followed was indeed interesting. Some of the reasons that were given as being potential issues included;

It really did bring home to me that relevance is indeed important as is trust. Earning that trust is paramount and keeping it, equally so.

If you’re actually still out there ‘building‘ links, instead of attracting them, it would be wise to heed my warnings. It’s not the ‘new’ SEO, in fact it’s as old as it gets. It just might not be considered enough. Are you truly qualifying outreach partners? Or does the pressure of continuously finding new ones leave you and your client at risk? How diligent are you at watching the link profile? 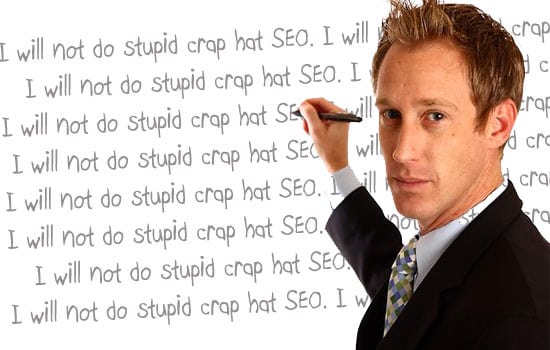 A word to Google

Oh and hey… Google? You listening? Let’s float an idea here shall we? It goes a little something like this;

It sucks for a lot of business owners when the rules change in such short order and lives are affected. I do feel ya man. A better Google is an awesome thing. Less crap hat SEOs is a great thing too. You simply need to let them know which types of things are being devalued, the industry (by and large) will take it from there. Same end result, but no one gets crushed.

You’ve given examples in recon request replies, and more recently discussed ‘targeted actions’ for devaluation. We have link reports and disavow tools. Let’s lose or loosen the penalty my long-time friend. We both know that the truly nasty spammers play rinse-and-repeat and layered strategies. This stuff won’t slow them down.

I think SEOs have learned some lessons but hurting honest, but naive, business owners has become a bit harsh. You see, these SEO folks are a chatty bunch and some of them quite smart. If those optimizers knew what was bad, (this year) the word will get out. SEO Dawarnism shall rule the day.