The Death of SEO

Yes, I’m going there. Bear with me, this is not another one of those typical clueless ‘SEO is dead‘ articles. I’ve riled against articles proclaiming the death of SEO often enough that if I really were to embark on that journey I’d have to tattoo the word ‘hypocrite’ on my forehead. I just wanted to get your attention. Ok?

But I am, in a way, predicting the death of SEO. But not as a solitary thing – it’s not just SEO that’s going to die. It’s the whole World Wide Web as we know it. 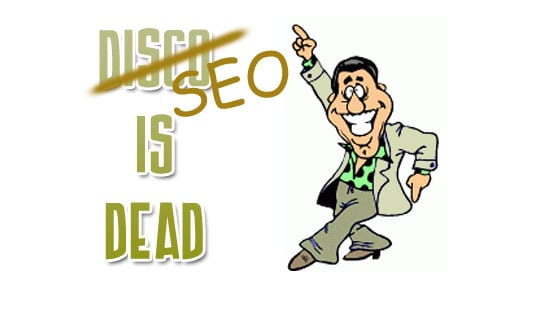 In 2008 Jonathan Zittrain, in his powerful book The Future of the Internet and How to Stop It, envisioned the ‘applification‘ of the Internet. Instead of using our web browsers to visit different websites to perform various tasks, we are switching to apps to do these things.

{quote}”The move from the wide-open Web to semiclosed platforms that use the Internet for transport but not the browser for display.” {/quote}

Everything from downloading music to booking flights, from reading news to connecting with friends, it’s all being applified. Users are abandoning the clunky and difficult experience of websites and replacing it with smooth easy-to-use applications on our mobile phones and tablet PCs.

Last week Wired authors Chris Anderson and Michael Wolff chimed in on this issue as well in their article The Web Is Dead. Long Live the Internet.

“Over the past few years, one of the most important shifts in the digital world has been the move from the wide-open Web to semiclosed platforms that use the Internet for transport but not the browser for display.”

Where Zittrain sees this trend away from open web standards to closed apps as a bad thing – stifling innovation and handing control of the Internet to the corporate giants that control the app platforms – Anderson isn’t so negative about it. I suspect this is primarily because he represents a print-model business, and the closed app model is much easier to monetise than the open web model. 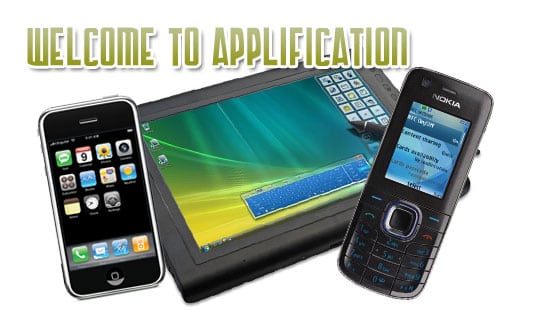 So how does SEO factor in to this? Well, without the web we won’t have search engine optimisation. Closed apps aren’t just closed for its users, they’re also closed for search engines. Google can’t crawl apps.

Let me repeat that so it can properly sink in: Google can’t crawl apps.

The content contained within apps is invisible for search engines, and app builders intend to keep it that way. Content creators want to tie users in to their apps, and making sure their content is only accessible via the app is key to accomplishing that. This means that SEO, making sure websites (content) get found through search engines, is obsolete in the fully applified Internet landscape of tomorrow.

That’s not to say today’s SEOs will be out of work. For starters, the total applification of the Internet is not going to happen overnight. Websites are still the primary method of online interaction for many users. And like Web 2.0 didn’t replace Web 1.0 but merely added to it, the applified Internet probably won’t replace the World Wide Web in its entirety. There will always be websites, so there will always be SEO.

Additionally search – users trying to find stuff – will always exist. In an applified Internet it will still be necessary to find what you’re looking for, and there the next incarnation of SEO will thrive. Getting apps in the spotlight, dominating search mechanisms for and within apps, and generating app downloads, that will be the purview of future search optimisers. Note that I said ‘search optimisers’. I left out the ‘engine’ bit on purpose, because we won’t be optimising for search engines any more.

We’ll be optimising for the search experience, wherever it occurs: web search, search for apps, search within apps, search in social media, you name it. The applified Internet is coming, whether we like it or not. Potent economic forces are driving towards it, and there’s very little we can do to stop it.

Is this the future of the internet?

Personally, I hope it won’t come to that. I like the open web. Yes it has its flaws, but these all stem from its foundation as an open system. I for one am not willing to give up the freedom provided by an open web, just for the sake of the comfort of an applified Internet. But it’s not up to me. The eagerness with which the public devours applified devices from corporate giants such as Apple leads me to suspect this closed, app-based Internet is what most people want. Many of Apple’s biggest fans are fully aware of the downsides of selling their consumerist souls to Steve Jobs in return for a smooth user experience. They know, but they don’t seem to care.

The money is moving from websites to apps as well. Apps are providing a much more familiar business model for old school companies than the web. Media companies for example have struggled immensely on the web, incurring enormous losses on their online adventures. Success stories are few and far between. An applified Internet, however, is much more easy to make profitable. Paid apps are the future for content creators, and they’re embracing this future wholeheartedly.

So let’s assume the applified Internet is inevitable and we can’t avoid it. What we can do is adapt to it, and ensure we continue to thrive in it. SEO may not stay the same, but then it never has. Our industry has been in a state of flux for as long as it’s existed.

The change that comes next will be SEO’s biggest challenge yet. We’ll be moving away from optimising websites and towards optimising apps. But I’m confident we’re up for it.