This is a double layer of tinfoil post! Today Google announced Product Search is to Become Google Shopping. I am very familiar with Product Search Inclusion from working with Yahoo Stores.

Product Inclusion isn’t new to Google either as Danny Sullivan points out in his excellent post on the ad options and new look of SERPs. Danny’s article is about as good of coverage as you are going to get so I will leave you to that and come at this from a different angle.

The King of Disruptive Technology

For some time there has been talk of Ori Allon’s one click Google however it’s not like it’s the first time the internet has acted as an Agent of Disruptive Technology. The internet changed travel and accommodation disrupting the business models of the Yellow Pages type publishers, magazines etal, not to mention the agents and brokers.

That is the sad part of internet technology and productivity changing the economic base/workers. Google is the King of Disruptive Technology and when you figure these examples Paul Anthony of Web distortion names some of the “query spaces’ they are getting between consumer and resellers.

I also called todays move to monetization of Product Search in 2009. I see an even more ominous threat in the Commerce Search API and Checkout Scenario. Think Yahoo Stores and Paypal in one solution…end to end ecommerce platform… $2000 all in and ya can pay us for your traffic and every transaction too in perpetuity! Think of that my friends! People could be able to shop right on Google! 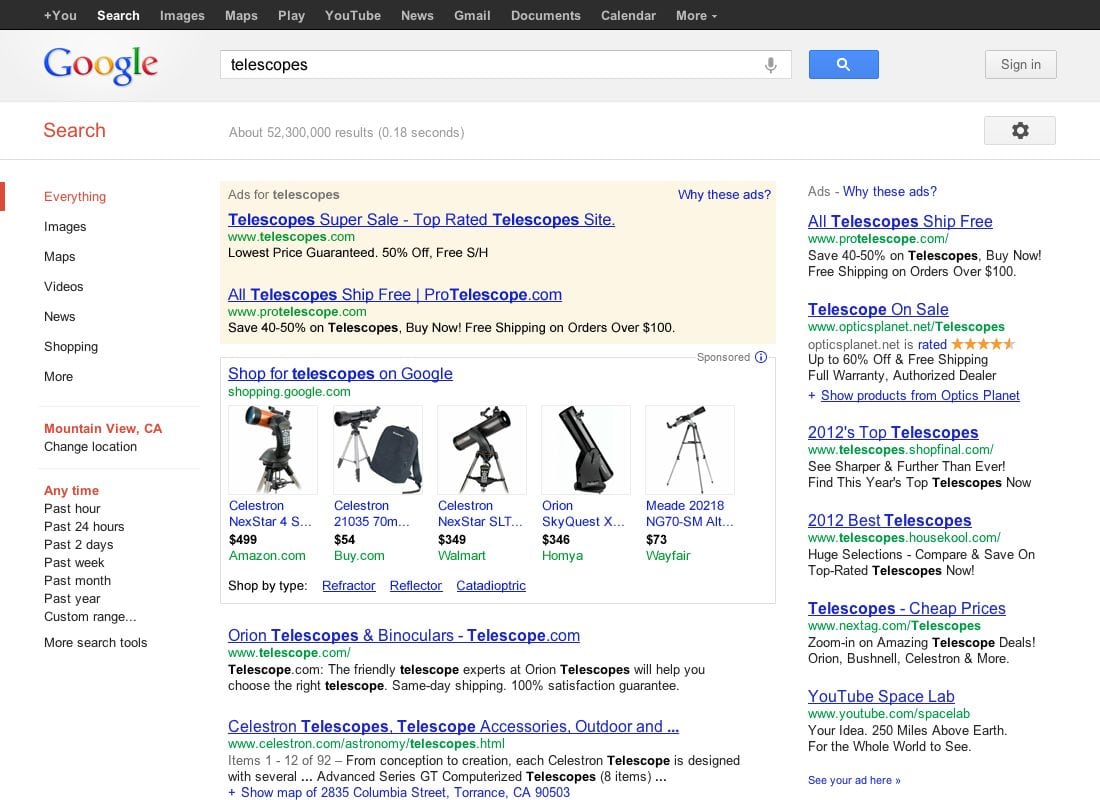 Google: the 10%er is not in their Plans!

Notice that Google is not selling directly but just cutting affiliate/middle men and providers like expedia.com between consumers and suppliers. In a sense cutting out a step in the process.

If I’m looking for insurance quotes and just hitting submit gets me a bunch of “reputable” all be it Google chosen entities/brands. Ummm I’m pushing submit as part of the process of price and product discovery…cuz they are all clip artists…basically a lesser of evils.

Should it be any surprise Google has said for years it wants to cut out affiliate and resellers from the buying process? They plan to replace them. Also consider the role of Trusted sources ie: databases.

The knowledge graph is all about that consider that empty area on the right could be your Soical Connections… it could also use the Knowledge Graph in the transactional query spaces to include the “trusted sources” it just happens to own.

What must be remembered is these are not duplicate but unique and important trusted sources of travel, product and review info!

They belong in the SERP regardless of ownership! The nonsense about Zagat well… that is the bible for foodies. I once was on shift when either them or another critique like them entered where I was working as an apprentice chef and the commotion was only rivaled by the time Charles, Diana and Brian Mulroney were in attendance at a banquet I was working on.

That guide is that good and to question it’s new place in the system as free where it was paid before is to not get it and just complaining for the sake of complaining. 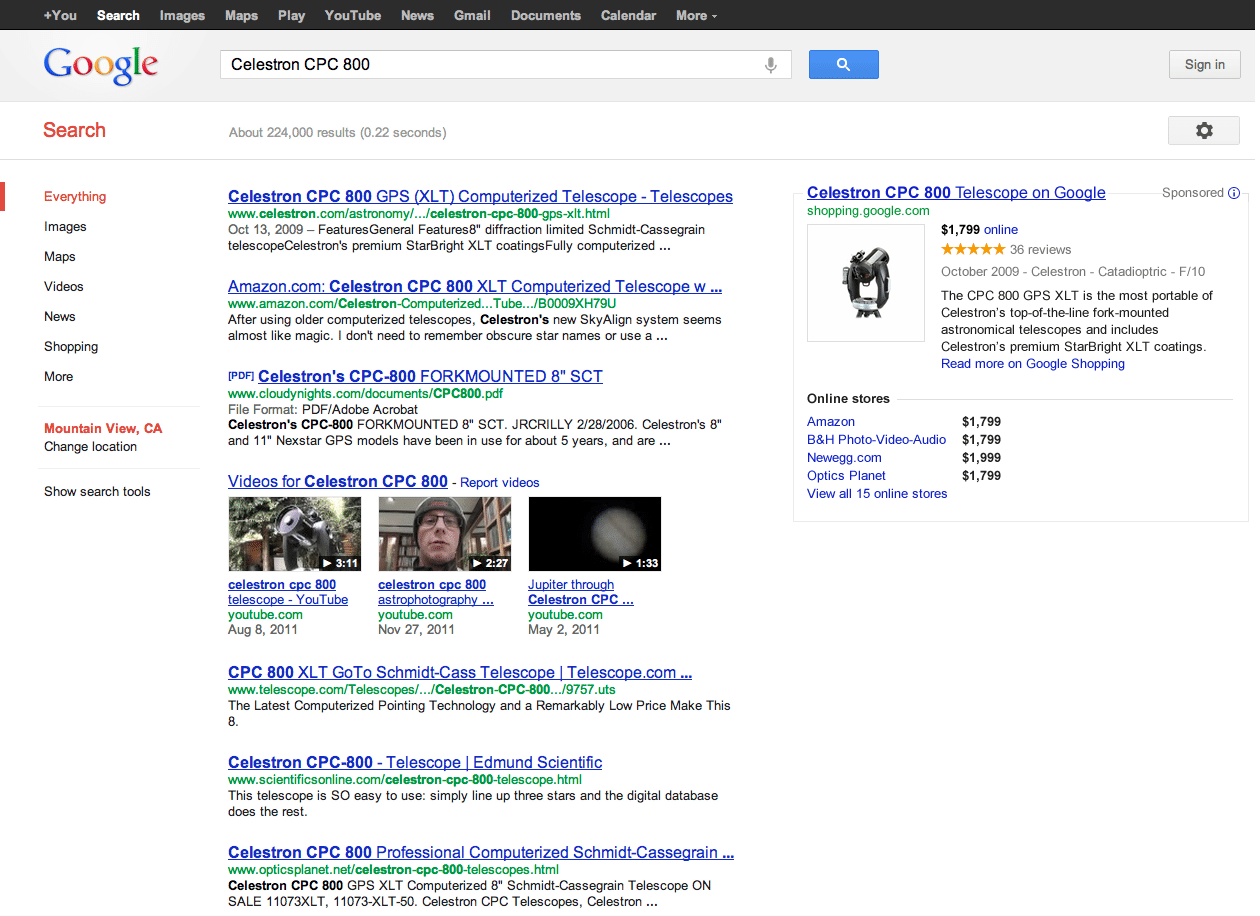 Inclusion has for the most part always been about enabling better indexing of pages not getting ensured visibility in the SERP. Another way to describe it is to say it only ensures inclusion in the index not ranking in the SERP.

I was nicely surprised to see Sponsored on some listings even if the font color size etc. it likely would be zapped by it’s own Penguin/Panda algo… lol. I think they are pushing Inclusion beyond the threshold of visibility into ranking! That is BS and I hope the FTC watches this like a hawk.

Also consider this is just another of the free services Google continues to monetize. Maps and the Product/GBase/Froogle Portal being two widely used products. Google’s monetization of the Map API has caused some using them to change because of the cost.

This is a troubling thought cuz Google has said for years they thought keeping these free of monetzation was best for consumers. Apparently the Google Bottom line has replaced the consumers needs.