With Panda’s and Penguin’s nipping at the tails of SEO’s it seems as though everyone is finally trying to go by the straight and narrow and do their part to generate useful, unique content targeted at their audience and work to generate links naturally.Â 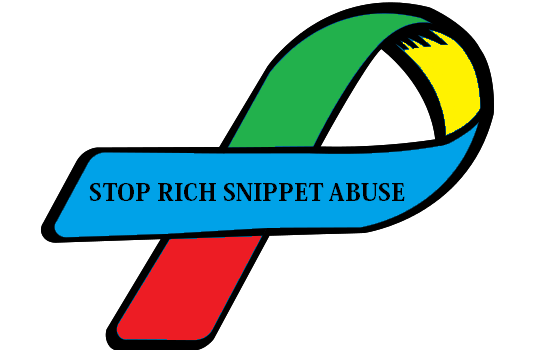 Rich snippets have been evolving rapidly over the last couple years, so much so I feel that Google is unable to really manage them.Â

In the beginning rel=”author” was a bit of a beast to implement, but news sites, bloggers, and the like began doing their part to markup their blog posts to display their most prominent authors.Â

As the practice has become more mainstream rel=”author” has begun turning up on everything from generic home pages, to about pages, and even some product pages.Â  Clearly not the initial intent of the schema, but obviously since data suggests a higher clickthrough rate webmasters and internet marketers are doing everything they can to get their authorship snippet to display in the SERPs.

As the practice began to become more rampant in the plastic surgery search space I began reaching out to Google pretty frequently to get their take on the matter.Â

From a tweet to Matt Cutts, to a webmaster central help thread, to more recently a Google Moderator question and a Google+ discussion aimed at my Googler’s circle, I have practically begged for a stance on the use of rel=”author” for generic website content, but to no avail.

And while more and more websites adopt rel=”author” sitewide I can’t help but wonder what Google will do if/when authorship becomes a ranking factor.Â  How will it measure the true authority of an author and will generic website content warrant the inclusion of an author photo in the search results?

Once I realized something fishy was going on I ran the page through AJKohn’sRichSnippetTestingToolBookmarklet and discovered that there was indeed something afoul. Â This page, as well as every other page on the site was using Schema’s aggregate Rating.Â  Where were these ratings being aggregated from you ask?Â  The website’s testimonials page… 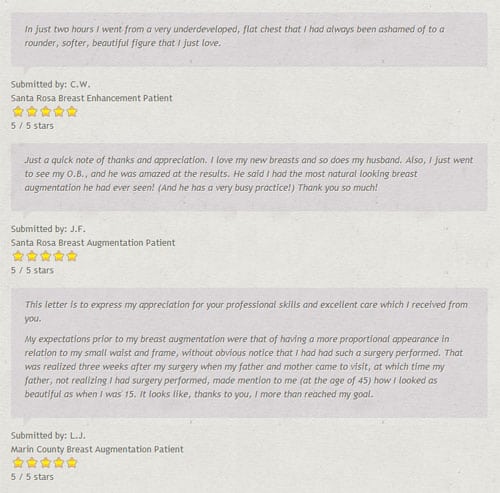 You see, while this doctor has managed to only gain two reviews on Google, his raving testimonials from his patients apparently also warranted nineteen five star reviews built into his website, which in turn are being aggregated and displayed in the SERPs for all to see as part of the rich snippet for nearly every page of his website and for a variety of different queries.Â

So now I turn to you fellow search geeks.Â  What say you on this chaotic state of rich snippets?Â

Is rel=”author” sitewide perfectly acceptable until Google makes a clear stance, or is it an area to tread lightly?Â  Furthermore, do you think Google should be accepting the aggregateRating schema from a website where ratings can be manually generated?Â

Share your thoughts in the comments, I’d love to get a discussion going.Â  Hell maybe even our good friend Matt Cutts will chime in and give us some insight.