This is always a tricky question. There are many, many algorithm updates that occur throughout the year, and as an SEO, you never know what the big 3 are going to do next. But, there are educated guesses that can keep you on the right track. 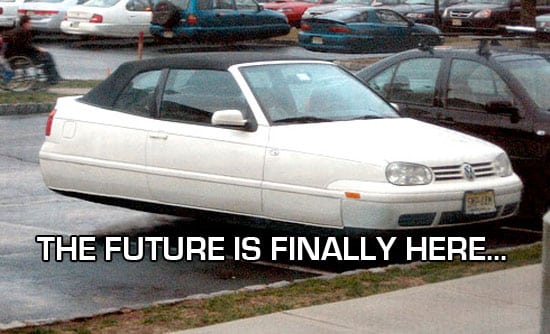 SEO in 2013 is probably going to see major shifting of traffic and how people use the web. There will more than likely be brand-new technologies we haven’t even thought of, new regulations trying to get pushed through the legal system that will piss us all off, and even more changes by those in charge of the floodgates of traffic to appease those that use their services.

After all, the search engines are in it to make money right? They care about one thing ““ making their users happy. Their users and advertisers contribute to their bottom line. So how does this help us in determining where SEO will go in 2013? Well, let’s discuss a few significant points of interest.

Augmented Reality will Integrate with SEO and SEM

Some information pops up showing you the landmark you have just walked by. Now, you will see super targeted ads being displayed in a fraction of a second above or below the information.

For SEO organic results, it will be even more essential to target keywords that match user intent and user thought processes. Content will need to be of significant quality to even gather user interest.

Thin, spammy, or irrelevant content is no longer going to cut it when it comes to building a marketing campaign that targets users of these augmented reality devices.Â  In addition, Apple will probably end up coming out with their own version of augmented reality devices. Because of the failure of Apple maps in 2012, Apple will probably re-integrate Google back into their system because of Google’s superior data.

There may even be new SEO attributes beyond geo tagging that one will need to learn in order to keep up and stay competitive in the new augmented reality world.

Google (not provided) will increase, keyword info may be removed entirely.

While SEOs absolutely hate hearing it, (not provided) is the new reality. Google’s excuse of (not provided) being used in order to enhance user privacy was just that ““ an excuse. There was no basis in reality to use (not provided) in the first place.

For one thing, no data beyond IP address and system statistics were ever collected for advertisers. No privacy would ever have been violated with the standard model of Google’s search a few years ago. That’s where Google’s public argument of using (not provided) as a method of enhancing user privacy wears thin.

Only the best SEOs will be able to either afford the new keyword information, or they will need to be savvier than ever before in order to launch successful marketing campaigns. This means they will need to know their client’s audience and build an even greater understanding of the customer they are going after.

Google wants even more of the piece of the pie that certain companies in the search space are getting.

They no longer want to share their data freely. Seeing SEOmoz, Raven Tools, and now another company’s API use being pulled, Google will likely pull API use from many more websites.

When that happens, these companies will need to mine the data manually or somehow hire a programmer to build an interface that will keep them doing what they are doing.

While social media is gaining maturity, it’s not quite there yet. 2013 will see the culmination of even more social sites pop up, and it’s even possible some major players will become extinct.

It’s a cycle ““ people get bored and move on, but there will always be a live audience. It will be even more crucial than ever to have a social media presence that’s linked to your website. Before buying people will want to know who they are dealing with, the person behind the curtains so to speak.

This helps to build trust and authority, and provides the person buying with the peace of mind that they are dealing with a real person rather than a machine on the other end.

In addition, social media signals such as influencers and industry reputation will become even more valuable. No one wants to deal with a scammer or a jerk, and this will help validate how one will be treated when they do business with a provider.

It will become even more essential to build an online reputation management strategy and keep that strategy in place. You don’t want a ton of customer complaints to turn from a snowball into an avalanche that destroys your company overnight.

Content will always be an important part of your website. Content on average now is written at around 450 ““600 words, to appease those who scan webpages, and that reader who doesn’t typically take the time to soak in information and enjoy the experience.

People, however, are getting more and more web savvy. It’s no longer enough to write content with information scraped and researched using Wikipedia or another source, edit it or spin it, and call it a day. It will be more essential than ever to write content that satisfies the reader’s needs.

They want all of the best information that they can get. If the article is longer, the reader is more apt to stay on your website longer and read the information if it is interesting enough. Longer content communicates an air of trust and authority. If you know a lot about a particular subject, won’t the article be longer, more in-depth, and provide even more benefit to the reader?

Typically, yes! It will. But just any haphazardly written article won’t do. Long form content should be of the highest quality, communicate ideas clearly, and deliver a bigger impact to the reader than the shorter version would.

In addition, long form content tends to be shared more, because people want to share more valuable things with their friends. It appeals to the ego ““ the ego wants to say “Hey, guys ““ look at this long article I found on this widget! It’s amazing!!!” The potential for going viral also increases depending on the subject of the article.

Many changes are ahead for SEO and online marketing in general. It’s no longer a group of savvy SEOs against the search engines. It’s a completely brand-new economy we face, a new paradigm, and a new reality. Those who adapt to these changes will flourish and grow. Those who choose to leave themselves behind, unfortunately, will not be there to build effective marketing campaigns in the future. Which one will you be?