Call me a geek (because I am one) but I think there are a lot of similarities between SEO and Quantum Physics. Yes, I know, it sounds ridiculous. Bear with me, it’ll make sense. Well, actually, it probably won’t, but don’t let that stop you.

You’ve probably heard about some of quantum theory’s more counter-intuitive aspects, as made clear through the SchrÃ¶dinger’s Cat thought experiment or the Heisenberg uncertainty principle. What these aspects boil down to is that at the smallest level we currently understand, our universe basically doesn’t make any sense. Instead of the usual hard & fast rules of how things work, in the quantum realm chance and endless possibilities are the norm. Particles exist in many different states at the same time, only to ‘choose‘ a fixed state at random when they’re finally observed.

This is actually very similar to how SEO works – especially rankings on search engines: you never know exactly where a website ranks for a given keyword until you type it in the search box and observe the results.

Up until that moment the website’s rank exists in a state of flux, as part of a near endless realm of possibilities.

With the search engines’ ongoing advances in localisation and personalisation, endeavouring to make the SERPs you see as relevant as possible for you and you alone, all semblance of predictability and cause & effect has gone straight out the window. While in most cases we know which buttons to push to cajole the rankings machine in to moving in a certain direction, we never know how far it’ll go or how we’ll eventually end up straying from our envisioned goal.

All this SEO shtick does feel like a roll of the dice sometimes, doesn’t it? We do our best to send all the right signals in to this big black search engine box, and hope that what comes out more or less meets our expectations. More often than not, it doesn’t. We might as well be trying to catch Higgs-bosons with our bare hands. 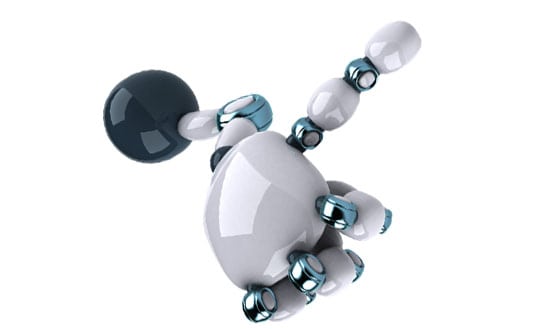 Maybe we should stop calling ourselves SEOs and instead re-invent ourselves as Ranking Physicists, create our own 27km Keyword Collider experiment and try to discover the Grand SERP Unification Theory.

The only thing that stops me is that this would elevate the search engines to the status of fickle, omnipotent deities that can – and do – change the laws of ranking physics on us on a daily basis. It would be an unfair playing field, and in such a scenario I have something in common with that most illustrious of fictional space-faring captains, James T. Kirk: