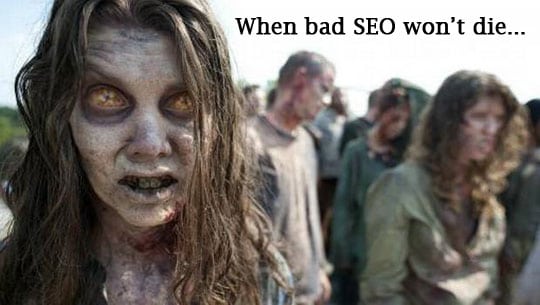 Why Can’t We Kill Bad SEO?

EDIT: I wrote this post about 5 years ago, and it’s just as applicable now as it was then (and well before then, for that matter). I thought it could bear another airing.

I haven’t been around as long as some folks… it’s only been a little over fourteen years ago that I even became aware of SEO and I’ve only been doing it full time now for about 10 years, so I figure I’ve earned the right to call BS when I see it. And like most of us, I see a lot of it.

I have the luxury of having six decades under my belt, too, which gives me honorary curmudgeon status. So I don’t have to be too concerned about who does or doesn’t agree with me. Those that know me will probably tell you I just don’t give a damn.

In the ten years I’ve been studying or practicing SEO, I’ve seen just about every kind of crap-hat practice there is. Thankfully, I can say I’ve never participated in any of it. But for every one of us that doesn’t, there must be at least a hundred or more that do. Sometimes, it’s a matter of being misguided, sometimes woefully inexperienced and sometimes it’s just plain greed.

In a few cases, it’s something that can’t be fixed (that’s the polite way of saying “Stupid”).

Some of it is the flash-in-the-pan sort – you’ve seen it. It flares up, seems to take on a life of its own, then just as suddenly, is tossed aside like a Christmas fruitcake.
Sometimes it’s as simple as a misinterpretation of something said by Google or some SEO “celebrity”, and the sheeple, always eager to let someone else do their thinking for them, follow the rest of the lemmings off the cliff.

And once in a while, it’s something that should never have been seen as acceptable, but somehow gets elevated to the status of “newest, bestest” and resolutely refuses to die.
TBPR and keyword density come to mind as a couple of those zombie notions that Just.Won’t. Die.

Unfortunately, it’s not the only one. Oh, no! There are LOTS of them. I think it’s high time we put a stake through the hearts of many of them, but we all know that’s a futile exercise. There’s always someone willing to breathe life back into them.

Some suggestions – not original, but still valid

I’d still like to offer some suggestions, though. Maybe if enough of us say it enough times, it just might help a little. Most of the SEOs I know aren’t guilty of these offenses, but there are plenty out there that are – maybe we just need to keep saying these things until we finally outnumber them. 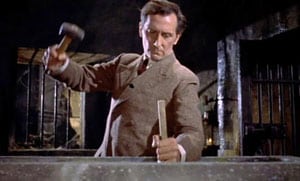 If more of us would steer clear of these behaviors, I think it would go a long way toward eliminating some of the misinformation, damaged websites and tarnished reputation of the SEO profession. At the very least, it might put a stake through the heart of many false beliefs that just won’t go away.

We’re going to need a hell of a lot of stakes, though.