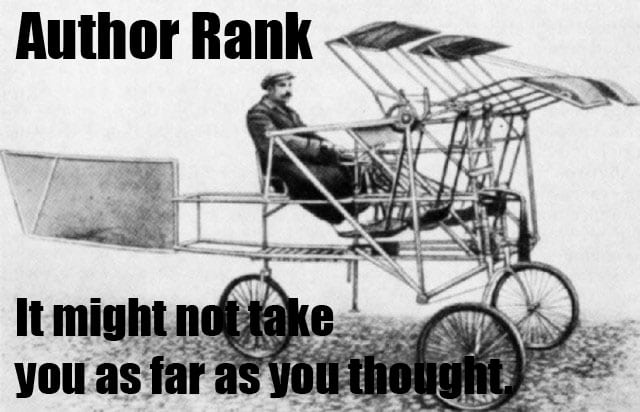 Lastly, the problem I see with Author Rank is that it is essentially an extension of the Google-approved SEO model: great content. It seems to me that it serves little purpose other than impress Google’s oft-repeated and vomit worthy mantra of “produce great content and the rankings will come“ upon the SEO masses. And, as usual, we’re swallowing it wholesale. It’s a cute technical solution for the ‘build it and they will come’ assumption which until now has been proven entirely false.