Will Google’s Agent Rank Ever Become a Ranking Factor?

I’ve seen some interesting discussions recently on the question of whether authority (Agent Rank) will ever become a ranking factor, such as this one on Google+.

Let me preface this with a reminder that although authorship and authority can interrelate, they are two entirely different things. Authorship is merely a mechanism to link an entity and a work together – authority is a rank placed upon an entity for its value within a certain topic area or field of interest. 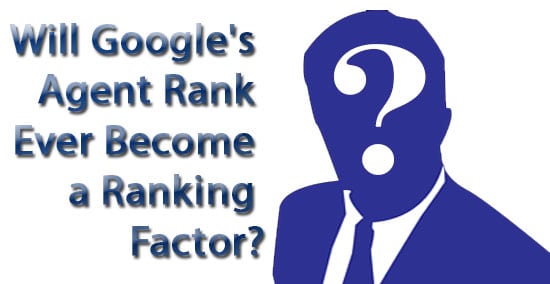 Authorship, using the rel=”author” and rel=”me” (and in some instances, rel=”publisher”) attributes, is simply a means of pointing out who the verifiable author of a given work is. To bloggers and other online authors, this typically provides the benefit of the author’s avatar in the SERPs, which may help in improving CTR.

If you write online and you haven’t already implemented this, I recommend you do so, and one of the most knowledgeable individuals on the topic that I’ve come across is A.J. Kohn. Alternatively, you could read what Google has to say on the topic. But frankly, AJ’s usually more clear in his instructions.
With that out of the way, let’s look at authority.

Is Agent Rank a Reality?

Right out of the box, I should acknowledge that there’s still a question surrounding to what extent, if any, authority has already been integrated into Google’s operation. They filed an application for a patent in August of 2005, it was published in February of 2007 and the patent was granted in July of 2009.

Neither the filing nor the grant, of course, are prima facie evidence that the process has been, or ever will be, implemented. They may have simply filed a patent to protect potential interests, or even have since decided to head in a different direction.

For my part, though, I see it as a near certainty that at least, it will eventually be implemented. I don’t necessarily think it has become a ranking factor yet, however – I don’t think there’s enough data compiled toÂ  allow its application for more than a very small slice of the Internet. That’s not to say, though, that the process isn’t underway.

In order to apply such a ranking algorithm, a significant portion of the entities (or agents, if you prefer, in this context) on the Internet must be included. To assign any meaningful authoritative value to an entity such as W3C, Matt Cutts or Wikipedia, in any field of interest, requires a significant representation of entities within that field. I think that we’re still far from reaching that level of representation.

In order to be able to even think about determining the level of authority an entity deserves, that entity’s relationships to many other entities must be known.

That may include a number of different types of connections, a couple of which would be between people and their content (authorship can play into this) and between people and other people. I think it’s also reasonable to assume that relationships between one site and another would be a consideration.

Where Can this “Authority” Thing be Found? 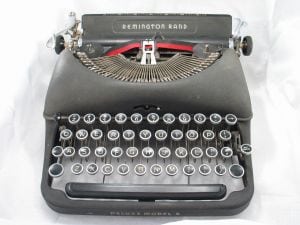 For those that wanted to be first to the trough, getting their Google+ account set up and adding authorship where appropriate, was a good first step. Fleshing out that G+ profile with all their other online profiles was another step forward. I even know a few people that suddenly decided to start writing for some online publications, to augment that.

If you work consistently in the same niche, such as marketing, SEO or web design, and all your activities are in that niche, you’re bound to see some benefit, whether Agent Rank is real or imagined. Your reach within the niche will expand and you’ll be able to build your perceived authority among others, at the very least.

If, however, you actually work in two or more unrelated niches, such as WordPress development and apparel, you’ll need to remember that any effort you put into expanding your authority in one will have no bearing on the other.

If entities can convey authority to other entities (as I suspect is the case), then Matt Mullenweg commenting favorably on your WordPress development site would probably be a plus from Google’s standpoint, as well as from that of your other readers. But Matt commenting on your apparel site would offer very little value, as he isn’t an authority in that niche.

Will having two such diverse areas of expertise make it more difficult to establish yourself as an authority in either one? I can’t see how it would. It might take a little more time and effort on your part to build your rep in two niches, but I don’t believe there’s any issue with dilution.

What Establishes Authority with Google?

Of course, from the standpoint of Google’s algorithms, we can’t possibly know, unless Matt Cutts, in a feverish impersonation of a benevolent dinosaur, decides to share with us. Not likely, I’m thinking.

But I think a reasonable argument could be made that the basic criteria would be much the same as what would come into play on a human level. Such things as:

If so, then it basically boils down to visibility and credibility, with a dash of respect from other prominent sources, without stepping in it.
And the nice thing about that, from Google’s standpoint and ours, is that it would be virtually impossible to game the system.Â  WOOT!